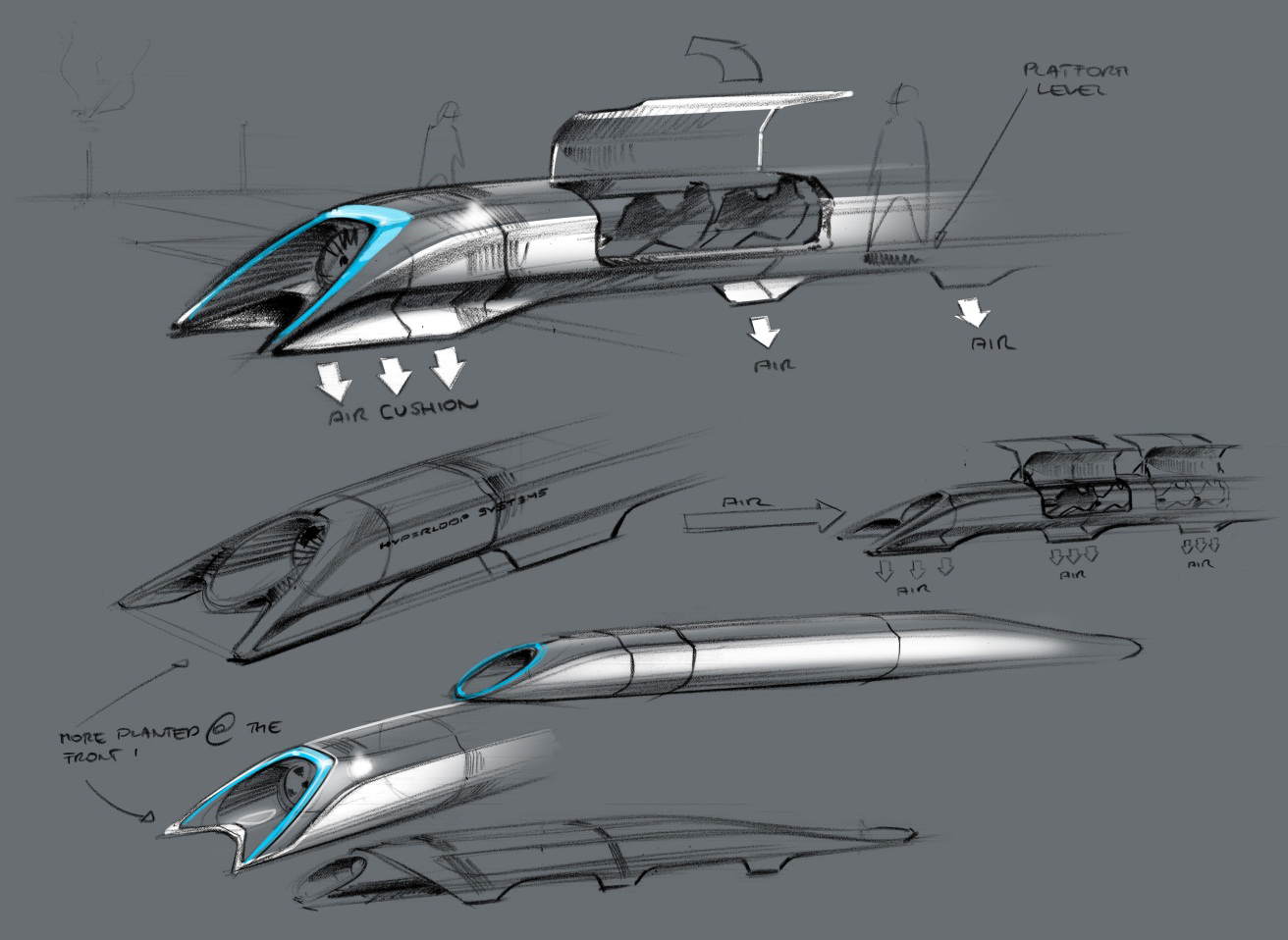 The Hyperloop “trains” are single-unit capsules that carry 28 passengers each, and can enter and leave the station as fast as people can board them.

Elon Musk has thought up many things that fundamentally changed the way we do basic things. He co-founded PayPal (then called X.com), which altered how we look at payments over the Internet. Another company he founded, the Space Exploration Technologies Corporation, or SpaceX, became the first privately held company to send cargo to the International Space Station last year. And, of course, Tesla Motors, also co-founded by Musk, is trying to change the way we look at electric automobiles.

Not happy to sit on his laurels, Musk has announced his latest idea for a high-speed train that would peak at 760 mph and could go from Los Angeles to San Francisco in 35 minutes. This is significantly faster and more economically sound than any other high-speed rail system proposed or developed in the U.S.

You can look at the 56-page PDF document for more details, but here is the gist on how it will work. The system will consist of a series of enclosed tubes with most of the air pumped out of them (you don’t want a complete vacuum, because then there’d be no air to help stop it). The “trains” are actually single-unit capsules that carry 28 passengers each, and can enter and leave the station as fast as people can board them.

Each capsule has a compressor fan in front that accomplishes two things. First, it sends the air that is building up in the front to the back, so a capsule doesn’t eventually end up pushing all of the tubes air ahead of it. Some of this air can be pumped out of aprons along the bottom and sides to provide the capsule with a cushion to whisk along the tube without touching it. These “why didn’t someone think of this before” ideas are really Musk’s bread-and-butter.

To power the system, the plan calls for solar panels to be placed along every exposed inch of tube in the system. These will generate about 57 megawatts of power (along the first proposed route from LA to SF), which is more than seven times what the system needs to propel the capsules, keep the tubes evacuated and recharge the batteries powering the compressor fans.

The whole project is estimated to cost $6 billion, 90 percent of which is the cost of the tube network, and the remainder being for the first 40 capsules. Replacement capsules would cost about $1.35 million a piece.

Musk says this type of travel would only be cost effective for distances of up to about 900 miles. Beyond that, he guesses super-sonic air travel will begin to be cheaper per mile.

Have an idea or criticism about this? Feel free to send an email to hyperloop@teslamotors.com to start collaborating.