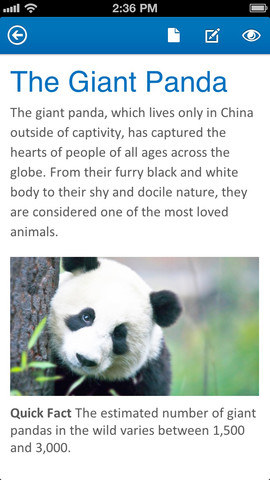 Anyone who has ever owned an Apple computer is used to waiting for Microsoft to get around to releasing its products for its platform. This is a time-honored tradition that goes back all the way to the early days of the first MacIntosh. Sometimes, the wait was a matter of months, but other times it could be a year or more.

Users of the iPhone have had to wait for a version of Microsoft’s Office suite pretty much since the iPhone first came out six years ago. But no longer, as Office Mobile is now available for the iPhone in the iTunes App Store. This app allows iPhone users to see and edit Word, Excel and PowerPoint documents in a close approximation to how they would appear on a larger computer.

Unfortunately, this app has a few things going against it. It is already getting preliminary reviews as a bit of a lightweight app, with no ability to insert images or create charts. Also, this only seems to work on the iPhone, but not the iPad where Apple user would most likely want to use it.

This release by Microsoft came days after Apple announced its own iWork productivity suite could now open and edit Microsoft Office documents. Apparently, both Apple and Microsoft want the lion’s share of the vast number of users out there who are familiar with Office products.

by Billy Mitchell • 9 hours ago
Modernization