Imitation, it’s said, is the sincerest form of flattery. It is also antithetical to innovation, which is supposed to be entirely new. No one wants to be accused of plagiarism, right? Today, though, being a “copycat” is de rigueur if the source material comes from nature.

Biomemetics, or, as it’s popularly known, “biomimicry,” is a fast-growing field in which researchers explore how animals, plants, humans, and even micro-organisms perform certain tasks, and appropriate their designs to endow technologies with the same powers. Rather than re-invent the wheel, developers of medicine, agriculture, the military, fashion, computers and more are making improvements based on what already exists in the natural world.

The implications are many, and varied. Nature already precedes human ingenuity in a plethora of ways, scientist Janine M. Benyus points out in her book, “Biomimicry: Innovation Inspired by Nature”:

“Our most clever architectural struts and beams are already featured in lily pads and bamboo stems. Our central heating and air-conditioning are bested by the termite tower’s steady 86 degrees F. Our most stealthy radar is hard of hearing compared to the bat’s multifrequency transmission. And our new ‘smart materials’ can’t hold a candle to the dolphin’s skin or the butterfly’s proboscis. Even the wheel, which we always took to be a uniquely human creation, has been found in the tiny rotary motor that propels the flagellum of the world’s most ancient bacteria.”

Modern innovators, too, are taking cues from nature—including designers of new technologies. 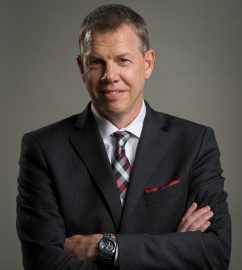 Now biomimicry is catching on in the cybersecurity field, as engineers seek to protect data and thwart cybercrime using defense mechanisms found in nature.

The chameleon protects itself from predators by changing colors to blend in with its surroundings, rendering itself nearly invisible. In cybersecurity, steganography disguises sensitive data to make it look like something else: a picture of a flower, perhaps, or a music file.

Ants and bees work collaboratively to accomplish such tasks as hive or nest building, defense, and repair. Cybersecurity researchers apply “swarm intelligence” in various ways. In one project, “digital ants” constantly monitor systems for anomalies such as malware, and drop “markers” where unusual activity occurs, similar to the pheromonal markers ants place along paths to food. When enough markers appear at a location, an alarm is triggered.

The body’s immune system is a popular source of inspiration for cybersecurity design: immunity-based systems are always on; alert to anything out of the ordinary; able to quickly rush in to attack and repair; and adaptive, “remembering” the intruder for increasingly efficient and effective defenses. Some data security systems operate similarly, knowing the “baseline” for normal behaviors such as the keystroke speeds and patterns of specific users in order to detect “insider”

What other functions might cybersecurity designers borrow from nature?

Capsids, the strong, stable containers housing viral DNA, assemble themselves automatically. Could we design digital security that does the same, with multiple organizations on a network all responding automatically and in sync to defend against an attack?

After leaving their chicks to find food, returning penguins can identify their offspring even in a crowd. How might we program our security systems to identify which users don’t belong, such as “advanced persistent threat” data thieves hiding in our networks?

Salmon hurl themselves upstream to spawn in the place where they were hatched. They then die, their life’s work completed. What if data, after serving its purpose, “expired” and disappeared, no longer vulnerable to theft?

It seems paradoxical, this borrowing from the natural world to safeguard a virtual one. But humans have engaged in biomimicry for eons, starting, perhaps, with wearing animal hides for warmth. Now, as then, we may find some of the best solutions to our problems in our own backyards—on nature’s path.

by Billy Mitchell • 12 hours ago
Tech