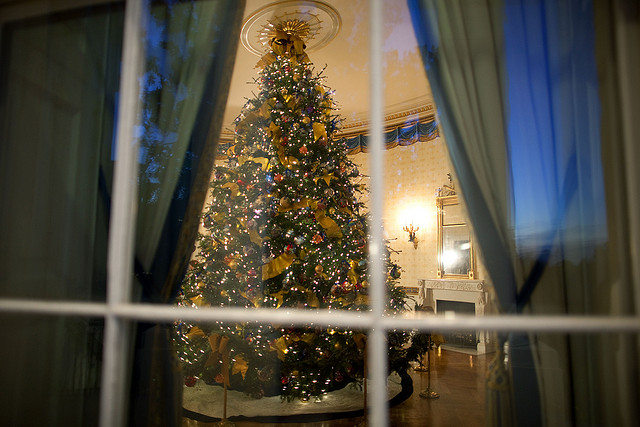 It’s Christmas Eve in Washington, and if you’ve spent the holiday season in the District you’ve surely heard the most celebrated Christmas tune about in the nation’s capitol countless times by now.

“Christmas Eve in Washington” was written in the early 1980’s by Maura Sullivan and Jim Loudon, then the morning show hosts on WMZQ radio station. “Social Studies” talked with Sullivan about her favorite tech gadget, her favorite holiday traditions, and what lyrics she might add to her song some 30 years later.

Here’s the scoop with Maura Sullivan:

What is your favorite tech gadget?

What’s the last book you downloaded?

“The Divinity of Dogs” – I have a shepard fox hound named Jack.

What is one gift you hope to receive this Christmas?

A new vacuum cleaner. Jack is a big shedder!

What’s your favorite way to celebrate Christmas in Washington?

I always like to go see the National Christmas tree, then have dinner at Old Ebbitt Grill, then on to see the Capitol tree. I love DC at Christmas!

If you could add another verse to Christmas Eve in Washington what would you write?

I wouldn’t touch it. It captures everything Jim and I wanted it to be to be – a melodic Christmas card. But if I wrote a song today, I would want to write a song about hope to remind the people who live in this town to just slow down and live in the moment.