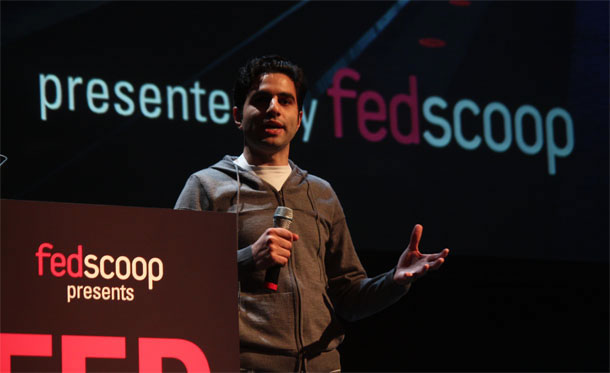 Each year, FedTalks brings together leading federal government and industry executives to talk about hot topics like cybersecurity, cloud computing and open government.

At FedTalks 2011, U.S. CTO Aneesh Chopra’s speech was an inspiring look at the progress of open innovation, and GSA’s David McClure presentation on engaging citizens showed the ways that we’re making it easier to deliver valuable data to our citizens and collect it from them. HP’s Tom Reilly was there to talk about the need for security intelligence and risk management in order to control and prevent external breaches.

One of the highlights for me came following this year’s keynote speech by Robert Stephens, Chief Technology Officer at Best Buy and Founder of Geek Squad – the crowd was then treated to a musical performance by GoRemy.

Remy is a stand-up comedian and rap musician who was made famous by his political spoof YouTube videos. His stunt at FedTalks 2011 featured the HP EliteBook laptop, wittily highlighting its power, speed and how it’s an ideal fit with teleworkers. Check out the video of GoRemy’s performance below!

Were you at FedTalks? What was your favorite moment from the event?

by Billy Mitchell • 10 hours ago
Modernization