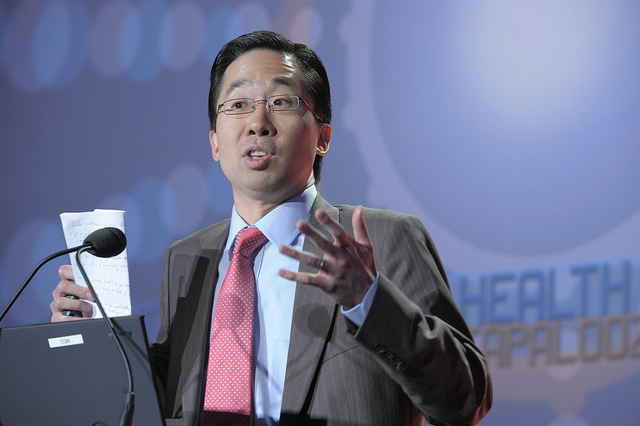 He may not be the U.S. chief technology officer anymore, but Todd Park, the technology lead under President Obama during the rollout of the Affordable Care Act last year, is already wanted back in Washington to answer for a recent breach of the Healthcare.gov.

Late last week, House Science, Space, and Technology Committee Chairman Lamar Smith, R-Texas, set an official meeting for his oversight subcommittee Sept. 17 specifically so it could vote to issue a subpoena for Park to appear and explain the breach.

Park was asked to brief members of the Science, Space, and Technology Committee Sept. 10 without a subpoena. According to the committee and Chairman Smith, though, the White House canceled the meeting within 24 hours because “they did not want any official transcript of the discussion.” That led Smith to question, “What is the White House trying to hide?”

“The Obama administration has a responsibility to ensure that the personal and financial data collected by the government is secure,” Smith said. “Last week, news reports revealed that a hacker successfully breached the Obamacare website in July. And we don’t know how many other security breaches have gone unreported. The American people deserve transparency and accountability for the security of their personal information on HealthCare.gov. That is why the Oversight Subcommittee next week will vote to subpoena this information, compelling Mr. Park to testify under oath.”

It’s not the first time either that Park has been subpoenaed to testify on Healthcare.gov. After the website’s botched rollout last October, Congress issued a subpoena for his testimony in November, which led to a backlash and campaign in his support called “Let Todd Work.” While some lawmakers saw Park’s role as part of the problem, others like Gerry Connolly, D-Va., and Elijah Cummings, D-Md., came to his rescue.

“By all accounts, Mr. Park is an incredibly committed, honest, and dedicated public servant, and he does not deserve to be slandered for his efforts or unnecessarily impeded in his work,” they wrote in a letter to Rep. Darrell Issa, R-Calif., who issued the subpoena. “With the support of many others in the technology community, we respectfully request that you reverse your confrontational approach and accept Mr. Park’s offer to testify before the Committee next month.”

Issa, a staunch critic of Obamacare in general and constant vocal opponent during its technical troubles, also latched onto the controversy of the recent breach, which is reported to have occurred in July but was not revealed until earlier this month.

Though officials from the Department of Health and Human Services contend that the server breach was not a targeted one and no personal information was put at risk, Issa demanded more answers. In the aftermath of the attack, he summoned Centers for Medicare and Medicaid Services Administrator Marilyn Tavenner to testify on the website’s security efforts in front of his House Oversight and Government Reform Committee, saying that “For nearly a year, the Administration has dismissed concerns about the security of healthcare.gov, even as it obstructed Congressional oversight of the issue.” He asked Tavenner to appear Sept. 18 in front of the committee and representative from the Government Accountability Office.

Though Park will be asked to speak for his time as Obama’s CTO and his efforts with Healthcare.gov, he’ll do so for the first time in a different capacity. In late August, Park stepped down from his role to move home to the Silicon Valley area and work as a tech adviser to the White House. Without much time lost, the White House filled Park’s vacant position with former Google executive Megan Smith.