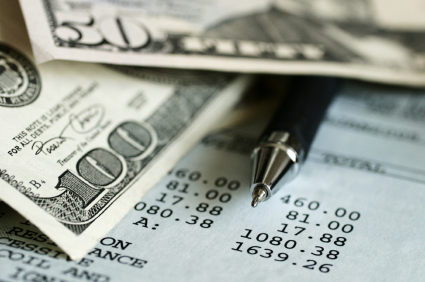 On Sept. 20, Rep Darrell Issa, R-Calif., wrote an op-ed on waste in the federal IT. Currently, the federal government’s budget for IT is $82 billion a year. According to Issa, “federal managers say that 47 percent of their budget goes to maintain obsolete and deficient IT resources. Estimates suggest the cost to the taxpayer is as high as $20 billion wasted each year.”

Intrigued by Issa’s claims, FedScoop decided to look into some of the most wasteful IT government contracts. Listed below are five contracts, in order of most expensive to least, that have been wasting taxpayers’ money.

In September, the Government Accountability Office reported HHS had four potentially duplicative investments in enterprise security systems. The investments overlapped in products and solutions to meet similar requirements. HHS told GAO the investments only seemed duplicative on the surface, but still promised to look into and review the issue.

The federal government got a little overzealous when it came to providing high-speed Internet to schools in Colorado, according to come state and local officials. The public-private partnership was supposed to lay down cable lines to rural schools. But the American Recovery and Reinvestment Act program placed fiber optic lines right next to commercial lines already in use. In one area, the program put down 32 miles of lines next to two other commercial lines that were serving a school with only 68 students. The total cost of the third line was almost a million dollars.

The Defense Department’s Warrior Care and Transition System and its Clinical Case Management Information Technology Initiative are both used to manage health records of wounded soldiers as they move back into active duty or into life as veterans. Both programs kept the same records on wounded soldiers and totaled a waste of $15.79 million. Luckily, DOD recently canceled the Clinical Case Management Information Technology Initiative.

The duplication of the Corporate Dental Application and the Dental Common Access System has not been canceled, however. The programs collect and manage dental data for those in the military and use $14.81 million. DOD plans to combine the programs into a single system, but there is no completion date available.

Probably one of the most famous cases of government waste on the list is the U.S. Customs and Border Protection and U.S. Immigration and Customs Enforcement’s use two completely different programs to do the exact same thing. The CBP’s E3 program and ICE’s EAGLE program are both used in recording biographical information, arrest logs, characteristics and warrants for undocumented persons in the United States. The Department of Homeland Security disagreed with GAO’s assessment the programs were duplicative and has no plans to consolidate them.

The National Coverage Determination and Local Coverage Determination databases round out the list for the most wasteful IT contracts. The two programs collect and disseminate information regarding Medicare coverage to the public. Both store the same Medicare information to be made available to the public and the same contractor maintains both of them. HHS told GAO it would be more costly to consolidate the two programs than to keep them separate.