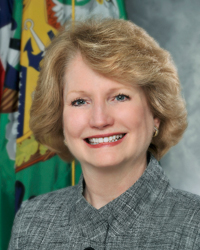 Editor’s note: Story has been updated to include East’s near-term plans.

A member of her department confirmed East will retire from the federal government and plans to move to Mississippi.

East has served as CIO and deputy assistant secretary for information systems since March 2011. She came to the Treasury Department from the University of North Carolina-Chapel Hill, where she managed the daily operations of the central IT organization.

Before that role, East was executive director of the administrative applications department in Information Systems and Services at The George Washington University. At the university, she managed enterprise applications, data administration, the university’s web presence, the budget of the central IT organization, the strategic IT plan, development of IT policy and procedures, and IT communications.

East’s permanent replacement has not been identified, but her current deputy CIO, Mike Parker, will take over in her absence.

In August 2013, East spoke with FedScoop Radio on what it takes to be a leader. You can listen to the podcast here.

Billy Mitchell contributed to this report.