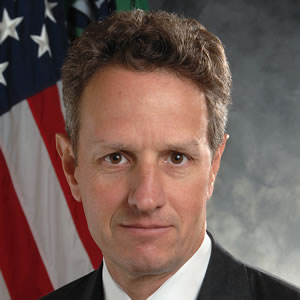 Part of Geithner’s testimony included discussion of investments in the Clean Technology Energy Fund that, in the past year, approved clean energy investment plans that blend $4.3 billion of fund money with other financing to mobilize total planned investments of close to $40 billion.

Chairwoman Granger, Ranking Member Lowey, and Members of the Committee, thank you for the opportunity to discuss the President’s Fiscal Year 2013 Budget Request for the Department of the Treasury’s International Programs.

First, I would like to thank you and your colleagues for bipartisan support for Treasury’s programs in FY 2012.   By working together to support the general capital increases for the multilateral development banks (the “MDBs”), you have helped to strengthen America’s leadership.  At a time when the global economy is undergoing fundamental changes in the balance of economic power, we are now in a stronger position to respond to an ever-changing mix of risks and opportunities.   At a time when the world could have questioned our staying power, we have instead proved that America has the resolve and resources to be a force for good.

Treasury’s FY 2013 budget request follows on the landmark actions taken by Congress last year.  Following through on commitments this year and in subsequent years will be necessary to preserve our influence at these institutions.  Our request of $2.9 billion, which mostly comprises previous commitments, is $463 million (13.7 percent) below our FY 2012 request, reflecting an effort to make difficult choices in the current fiscal environment.

Over the last 20 years, MDB assistance has helped nurture emerging markets that have become key export markets for the United States.  In countries like South Korea and India, years of MDB engagement helped lay the groundwork for the sustainable and inclusive growth that has driven rapid increases in U.S. exports.  In both countries, the World Bank and the Asian Development Bank provided financing and policy assistance to reduce trade barriers, improve private sector development, increase educational access, build infrastructure, and promote open markets.  In 2011 alone, the economies of South Korea and India accounted for $65 billion in U.S. exports, up from $25 billion in 2001, an increase of roughly 150 percent.  The foundation for this growth was laid years ago through the targeted investments by the MDBs.

Similarly, the investments we make today in these multilateral institutions will help to create new export markets.  A significant share of the World Bank’s non-concessional lending through the International Bank for Reconstruction and Development (IBRD) is targeted at countries such as Mexico, South Africa, Turkey, and Indonesia.  These investments are helping to improve the rule of law, reduce red tape, bolster private sector growth, strengthen legal systems, and combat corruption.  Transportation projects support construction of thousands of miles of roads, expansion of ports, and development of inland waterways.  Projects across these sectors help to enhance trade and create future consumers of American goods.

While open markets and broad economic growth are their primary objectives, the MDBs also directly support U.S. business growth through procurement contracts.  For example, a U.S. firm was recently awarded a $397 million civil works contract to complete the final section of the Afghan ring road. This project, which is being financed by the Asian Development Fund, will not only result in U.S. engineering and project management jobs but will also support key national security objectives in Afghanistan.

Through our investments in the MDBs, and through Treasury’s group of civilian advisors in finance ministries and central banks around the world, our international programs directly bolster U.S. national security objectives every day.

Nowhere is this more apparent than in the Middle East and North Africa, where international institutions are proving vital partners for building a peaceful and prosperous region.  As Libya achieved victory over tyranny, international financial institutions provided critical support for institution building.  Both the International Monetary Fund and the World Bank have been leading efforts to assist the interim authorities in achieving greater transparency and accountability of their revenues and expenditures.  In Tunisia, as its economy faces near term pressures, the World Bank and the African Development Bank (AfDB) have provided a combined $1 billion to support reforms such as improving access to information held by the government, strengthening the financial sector through better regulation, and removing restrictions that have blocked the establishment of civil society organizations.

Similarly, our new request for bilateral debt relief in FY2013, under the Heavily Indebted Poor Country (HIPC) initiative, could, if certain conditions are met, promote stability by fulfilling our commitment to support the Comprehensive Peace Agreement (CPA) between South Sudan and Sudan.  The potential for international debt relief was a key component that allowed for the peaceful independence of South Sudan and it is an incentive for both parties to resolve all outstanding CPA issues.  However, we remain mindful that before any assistance can be delivered to Sudan by the U.S., Sudan must meet a number of pre-conditions, including significant progress on the ground.

Leveraging our Leadership for Greater Impact

At a time of domestic resource constraints, the multilateral institutions are highly effective in multiplying the impact of our dollars.   With just a 5 percent share of the 150 account, Treasury’s international funding will unleash, among other things, nearly $80 billion in MDB commitments in FY 2013 alone.  This lending will reach urban slums, rural villages, and small cities across the globe.  When it comes to global challenges such as poverty, food security, and the environment, we have demonstrated how the United States can leverage its leadership for collective action.

On poverty reduction, U.S. leadership in the International Development Association (IDA) negotiations helped unlock resources from other countries.  Specifically, a 10 percent increase in the total U.S. commitment from the previous replenishment leveraged a 19 percent increase from other donors.  Other countries will contribute a total of $45 billion to IDA16, up from $38 billion in IDA15.  Overall, this funding will help to immunize 200 million children, extend health services to over 30 million people, give access to improved water sources to 80 million people, and help build 80,000 kilometers of roads and train and recruit over two million teachers.

On food security, the United States led the G-20 countries to establish the Global Agriculture and Food Security Program (GAFSP) to increase long-term public and private investment in agriculture in the poorest countries.  In a short time frame, this fund has mobilized pledges and contributions totaling nearly $1 billion from six governments as well as the Bill and Melinda Gates Foundation.  It is a compelling example of how the United States can internationalize the burden of dealing with pressing global problems.  With $302 million in U.S. contributions to date, we have directly leveraged $579 million from others.  The fund has awarded nearly half a billion dollars in grants to twelve countries, and in many cases these countries are putting their own resources into use alongside grants from GAFSP.  The fund is helping to connect small farmers to markets, building rural infrastructure, and increasing agricultural productivity.  These investments will increase the incomes and food security of 7.5 million poor farmers.  A Treasury team recently visited a GAFSP project in rural Rwanda, where farmers are coming together to transform patches of land on hillsides into farms that will increase the incomes and food security of families.

These investments play an important economic role – investments in energy infrastructure in developing countries are expected to total more than $20 trillion over the next 25 years, including a $10 trillion global market for clean energy.  Treasury’s programs help create open, fair, and functioning markets in technologies such as wind, solar, and geothermal energy in which American businesses can compete and win.  Our participation in these multilateral programs magnifies our “bang for the buck” in two important ways.  First, our contributions bring in other donors – between $4 and $5 for every $1 the U.S. contributes.  Second, these programs help to catalyze additional investments by the MDBs, government, and private sector investors, making the U.S. contribution go even further.  For example, the Clean Technology Fund (CTF) in the past year approved clean energy investment plans that blend $4.3 billion of fund money with other financing to mobilize total planned investments of close to $40 billion.

Your support for the general capital increases (GCIs) provided us with an important window for reforms.  We are best able to advance these reforms when we maintain our shareholding at these institutions. The FY 2013 budget includes a funding request for the Selective Capital Increase (SCI) at the World Bank, which was authorized by Congress last year.  U.S. participation in the SCI will maintain our shareholding at the World Bank above the critical 15 percent threshold, preserving our veto over amendments to the Bank’s Articles of Agreement.  The Articles of Agreement govern important issues like the role of the World Bank President, membership, and the role of the Board of Executive Directors.

As I testified last year, we have secured a series of important reforms in the negotiation of our new commitments to the MDBs.  Through close consultations with Congress, these reforms were designed to improve the financial effectiveness of these institutions; promote greater transparency and accountability; and raise standards to enhance the impact of our investments.

To ensure the effective use of taxpayer dollars, we advocated for the strengthening of financial policies at each MDB. Specifically, we improved internal decision making on matters related to budgeting, loan pricing, and net income transfers that would support long-term sustainability. At the IDB, the new comprehensive income management model agreed to as a part of the GCI will transform the way that financial decisions are made. Simultaneous evaluations of budget, programming and loan charges will put the institution on firm financial footing, while preserving key priorities like the $200 million annual transfer for Haiti.

On results and effectiveness, we have pushed the MDBs to the cutting edge of measuring results and impact. Our agenda sought to move from tallying outputs to the evaluation of desired outcomes and impacts. For example, at the World Bank we secured the creation of a new results reporting framework that uses indicators and standardized data to link project-level results with sector, country and institutional goals. This new framework will allow scarce resources to be allocated to areas where they can achieve results.

Finally, recognizing that transparency and accountability are essential to multilateral institutions, we have worked hard to move the MDBs to the forefront of these areas. As a part of our reform agenda, we sought and achieved a major overhaul of disclosure policies and the strengthening of internal audit and evaluation functions.  At the AfDB, the GCI included an agreement to revise the Bank’s disclosure policy, in consultation with external stakeholders, to align with international best practices.  We anticipate that the new policy will include a shift from a “positive list” approach, for which disclosure is considered exceptional, to a “negative list” approach, for which disclosure is presumed. This level of commitment to transparency is a necessary component of accountability, helping to ensure that key information is readily available to all stakeholders.

The partnership between the U.S. and multilateral development banks has endured across years and across parties because these institutions have proven their worth.  They were indispensable in stabilizing the global economy during the recent financial crisis.  They are vital for addressing the challenges of the moment and will be integral for responding to changes that lie beyond the horizon.  These institutions provide unparalleled returns.  By working together to support the multilateral institutions, we have made a down-payment on America’s leadership.  Let us continue to follow through on our commitments to promote a more prosperous and stable world.