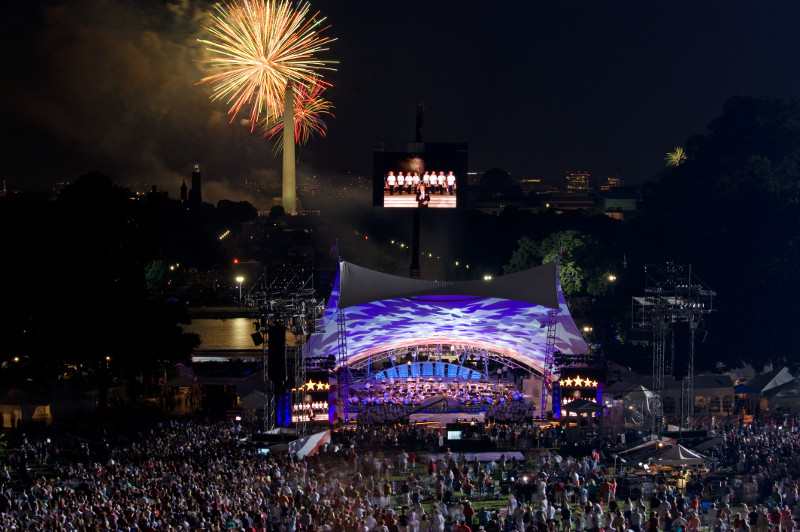 July 4 fireworks display and concert on the National Mall. (Photo: Architect of the Capitol Flickr)

The Fourth of July is a time for hotdogs, red-and-white checkered tablecloths, grilling, and of course, fireworks. A holiday that knows no political party, where Republicans and Democrats can reach across the aisle not to talk politics, but to simply pass the ketchup.

Feds took to Twitter and Flickr to express their patriotism and American spirit, posting photos of fireworks and Independence Day activities in Washington. In what has been a busy time in the nation’s capital these past few weeks, July 4 was a time for Washingtonians to relax and enjoy a tall glass of sweet tea.

We can’t think of a better way to celebrate the 4th of July than reopening the Statue of Liberty! pic.twitter.com/7qyr3exBtG

View of the fireworks from the roof of the White House as the band Fun. plays on the South Lawn. #4thofjuly pic.twitter.com/aDqreVyZcJ

For the 2nd year in a row we are greatful to have @Tom_Bergeron hosting #July4thPBS live from the US Capitol at 8pm. pic.twitter.com/ag4hVLBkGR

The President, daughter Malia, and First Lady watch the fireworks from the roof of the White House. #4thofjuly pic.twitter.com/8RFFHRFd2O

Worth a RT: Our 10 favorite Fourth of July moments at the White House –> http://t.co/JRQpto8CZx, pic.twitter.com/6yZiHvYoef

Proud to spend this 4th of July with our troops in #Afghanistan, at re-enlistment ceremony at ISAF HQ in Kabul pic.twitter.com/LQGx5AgnMw

Former President Bill Clinton even got a little nostalgic over Twitter, and posted a throwback picture of Nelson Mandela and himself on Independence Day 20 years ago.

20 years ago today, at the Philadelphia Freedom Festival with my hero, Nelson Mandela. Happy 4th of July to all. #TBT pic.twitter.com/EPq4H2Bq46