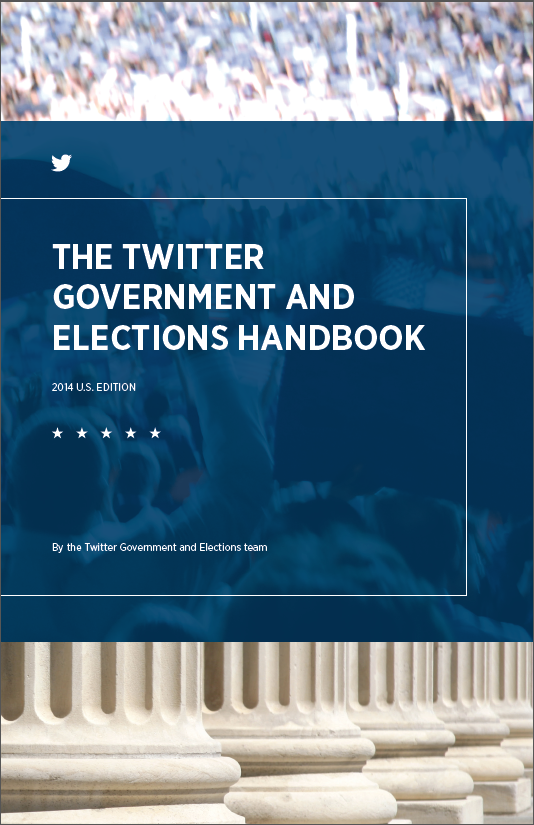 The 2012 election was dubbed “the Twitter election” by spectators, and almost as soon as the polls closed federal agencies and departments began studying how the social network could be leveraged as a driving force for more effective communications.

Citing examples from several departments and agencies, Twitter released a guide for government and elections usage last week, covering the basics from what the social media network is and how to compose a tweet to more complex topics like live-tweeting events, constituent engagement and Twitter question and answer sessions.

Globally, according to the handbook, Twitter has more than 271 million active users monthly and the network sees more than 500 million tweets per day.

“The conversation doesn’t end on election day,” the handbook said. “Twitter lets you bring your constituents with you every day as an elected official and behind the scenes during Inauguration Day, town halls and office hours.”

The guide used the Interior Department’s Twitter profile, @Interior, to show the different parts of a Web profile page, including the best, pinned and filtered tweets features. In addition, the guide mentions the State Department’s, through @StateDept, use of the Twitter Lists to organize tweets from various divisions and entities within the department. 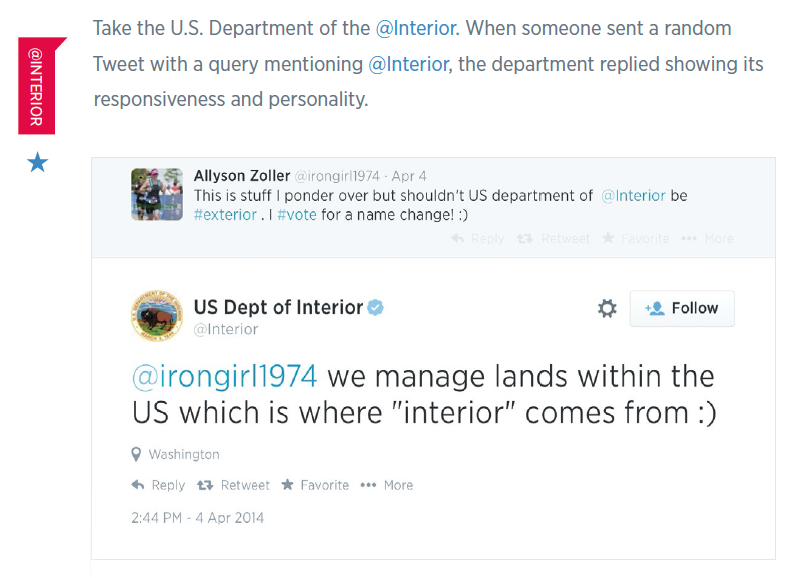 The Interior Department is also credited as an example of an account that shows “responsiveness and personality in its tweets” stemming from its response to a tweet about the origins of the department’s name.

The guide highlighted the Education Department’s call to action for National Teacher Appreciation Day as a way to engage users to interact with the #ThankATeacher hashtag and post an accompanying photo. Education Secretary Arne Duncan’s educational technology Twitter chat in October 2013 was also mentioned as a good example of a Twitter Q&A.

The first tweets of the Central Intelligence Agency and Secretary of State John Kerry were modeled as good examples of opening tweets that introduce a new user to the Twitter universe.

Using the CIA and Kerry as examples, Twitter encouraged government users to be personal in their tweets, while still maintaining a professional decorum.

“Sending personal tweets to friends and family for all of Twitter to see is a great way to show your personal side, and this resonates well with followers,” the guide said. “Being as personal as you feel comfortable being is a great way to develop and build a loyal following. Ultimately, personality wins on Twitter.”

The handbook also cited the effectiveness of agencies and government organizations using Twitter to boost a more global interaction with live events. NASA’s launch of the Maven Rocket to Mars in November 2013 was chronicled through the #NASASocial hashtag. In fact, the agency used the buzz around the launch on Twitter to invite 150 social media followers to the Kennedy Space Center to see the launch live, according to the guide.

NASA has been using Twitter for events like ‘tweetups,’ or real-life gatherings of its social media fans, since 2009, according to the guide. In fact, the #NASASocial hashtag came back into regular use this week as the space agency put the Maven Rocket into Mars’ orbit a little less than a year after it launched.

Twitter’s government and elections team could not be reached for additional comment by publication time.