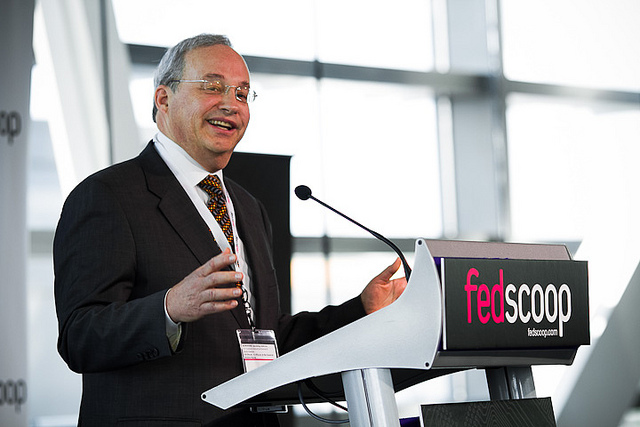 “U.S. Innovation” is a series highlighting speaker presentations from The U.S. Innovation Summit, presented by FedScoop, held June 20, 2012, at The Newseum in Washington, D.C.

Speaking last week at FedScoop’s U.S. Innovation Summit at The Newseum, Rattner, who is also director of Intel Labs, said the federal government needs to change the way it does industrial research to better bridge the gap between ideas and getting turning them into reality.

“It is no doubt clear to those of you who work inside the Beltway that the word ‘innovation’ is on the lips of everyone from corporate executives, government leaders and university presidents,” Rattner said. “Each of them talks about the need for the U.S. to accelerate its pace of innovation or be overrun by innovation coming from virtually every other point on the planet. The message is simply ‘innovate or die.'”

Rattner discussed the changes that have happened at Intel over the past 50 years of the company’s development, explaining how that for a long period of time the company struggled to take ideas created in the research labs and bring them to market. That lack of cohesion made it so many technologies were left for dead after the inventors lost passion for the project as they got held up in going to market, an area the company called “the Valley of Death.”

“After months of unsuccessfully shopping a new technology, a research team would move on to their next project and the motivation to transfer their earlier work would fade,” Rattner said. “Similarly, when a development team would come by looking for new ideas for their next product, the research team had little interest in returning to what they viewed as yesterday’s news.”

The key, he said, to fixing this problem – and something the federal government could heed – is pairing researchers and developers for sufficient periods of time to bring about more technology transfers.

This was the process for McAfee’s DeepSAFE anti-malware technology, the first commercial defense against zero-day, rootkit, cyber-attacks. This technology was invented by Intel Labs and then jointly developed for the market as part of a 3-way pathfinding effort between Intel Labs, Intel IAG and McAfee over the last two years.

“While Bell Labs may have been the model of 20th century industrial research, and there are still a number of companies chasing that vision, it is increasingly dated and out of step with today’s fast moving information and communications technologies,” he said. “We are trying to set a new course for 21st century industrial research and hope many other companies will join us in this important transformation and not simply for their own near-term success, but for the long-term success of the nation.”