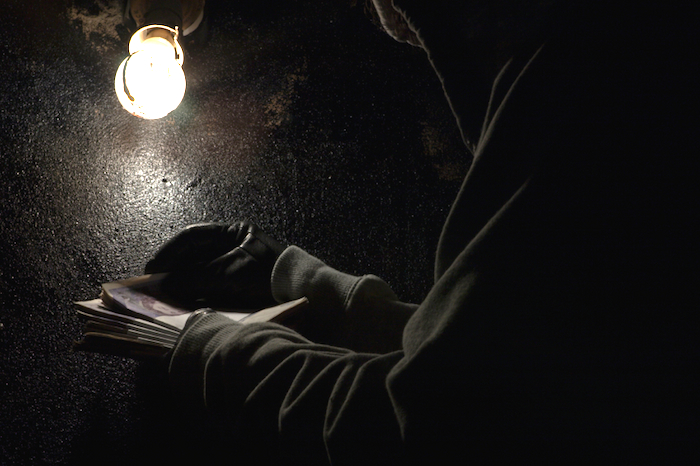 The Islamic State in Iraq and the Levant is now considered the richest terrorist group in the world. But in a world of electronic banking, why is it so hard to identify the group’s middlemen and their money trail? (Credit: iStockphoto.com)

The Islamic State in Iraq and the Levant, or ISIL, which controls large swaths of territory across Iraq and Syria, has become the richest terrorist group in the world, raking in more than $1 million per day from illicit activities it has managed to keep off the electronic grid, according to Treasury Department officials and experts.

While the rest of the world relies on a global electronic financial system that can be monitored and tracked by law enforcement and intelligence officials, ISIL has moved away from using even basic electronic financial services, such as Western Union, out of fear the identities and movements of their middlemen and financiers will be tracked by U.S. and allied intelligence agencies.

The strategy seems to be working. David Cohen, the undersecretary for terrorism and financial intelligence at the Treasury Department, told lawmakers Thursday that the U.S. has managed to add a mere four ISIL members to the official terrorist designation list — a move that would enable a range of financial sanctions that could freeze assets and prevent individuals and organizations from using the international banking system.

“ISIL poses a different terrorist financing challenge. It has amassed wealth at an unprecedented pace, and its revenue sources have a different composition from those of many other terrorist organizations,” Cohen said in testimony before the House Financial Services Committee. Unlike its predecessor groups, such as al-Qaida in Iraq, ISIL derives a relatively small share of its funds from mysterious foreign donors. Instead, ISIL obtains the vast majority of its revenues through criminal and terrorist activities in Syria and Iraq, according to Cohen.

The terrorist group is currently sitting on a war chest of almost $2 billion, amassed primarily through the sale of captured Iraqi oil on the black market. Until recently, ISIL was able to earn up to $1 million a day from underground sales of oil, although U.S. and coalition airstrikes have reduced those earnings substantially, Cohen said. ISIL’s second-largest source of revenue, however, comes from its control of more than one-third of Iraq’s 12,000 archeological sites, from which it pilfers historic relics for sale on the black market, totaling tens of millions of dollars per year. The group has also earned nearly $20 million this year from kidnappings and ransoms.

Cohen and a panel of independent experts acknowledged to lawmakers, however, that the U.S. lacks detailed intelligence on the most senior ISIL leaders who are responsible for the group’s finances and illicit financial transactions.

“ISIL generates almost all of its funding within the territory it controls,” Patrick Johnston, a political scientist with Rand Corp, said. “A large share of ISIL’s revenues are made internally, it’s moved through informal channels or in cash by networks of intermediaries.”

Treasury also faces daunting challenges when it comes to preventing ISIL from gaining access to the international banking system. Although the agency primarily relies upon the Bank Secrecy Act and reports of suspicious transactions from banks, there are scores of local banks in and around the ISIL stronghold of Mosul in Iraq that are now under the direct control of ISIL, according to Johnston.

Notre Dame Law School professor Jimmy Gurule, a former undersecretary of enforcement at Treasury, said he is concerned officials might be missing ISIL activities taking place through the banking system. “If in fact ISIL is making between $1 million to $2 million a day, that money isn’t being transported in shoeboxes and placed under somebody’s mattress,” Gurule said. “That money has to be entering into the financial system at some point.”