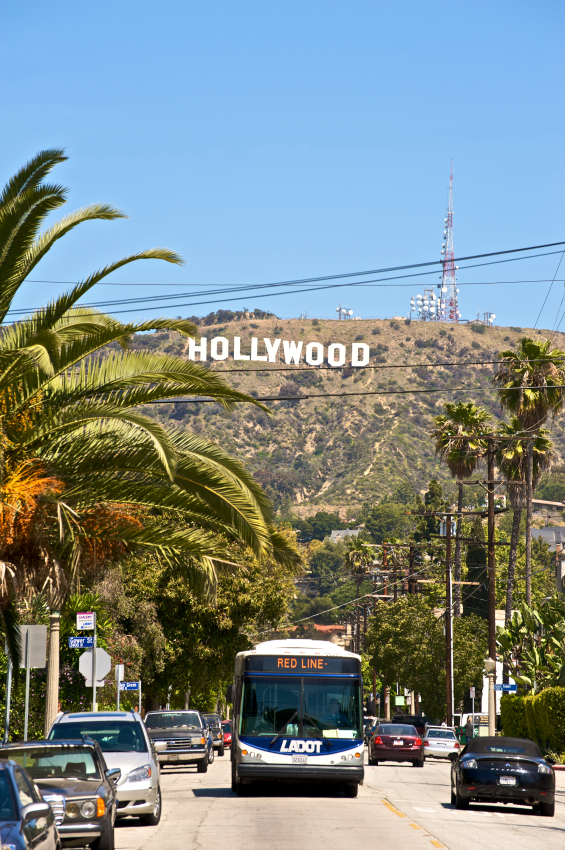 The Motion Picture Association of America has petitioned the FAA for permission to fly drones to film motion pictures.

The skies over the Hollywood sign in Los Angeles, California could soon be spotted with drones filming the next Oscar-winning film.

The Motion Picture Association of America, representing seven photo and video production companies, has petitioned the Federal Aviation Administration for exemptions to allow the use of drones during film productions. The FAA is still developing the rules and regulations that will govern domestic drone use by commercial entities.

“The firms that filed the petitions are all independent aerial cinematography professionals who collectively developed the exemption requests as a requirement to satisfy the safety and public interest concerns of the FAA, MPAA and the public at large,” the FAA said in a statement released Monday.

“If the exemption requests are granted, there could be tangible economic benefits as the agency begins to address the demand for commercial UAS operations,” according to the FAA. “However, all the associated safety issues must be carefully considered to make sure any hazards are appropriately mitigated.”

The filings come as the FAA continues to work on establishing a set of guidelines for non-military drone usage. Last November, the FAA issued a roadmap on how the administration will proceed in its attempt to integrate civilian and non-civilian UAS use.

Current regulations that cover general flight rules, pilot certifications and procedural manual, maintenance and equipment mandates are the subject of the MPAA exemption requests. In addition, the requests are looking for an exemption from the requirements established under Section 333 of the FAA Modernization and Reform Act of 2012, which allows the FAA to waive “airworthiness” requirements as long as the UAS fly in a controlled, low-risk situation.

“To receive the exemptions, the firms must show their UAS operations will not adversely affect safety or provide at least an equal level of safety to the rules from which they seek the exemption,” the FAA said. “They would also need to show why granting the exemption would be in the public interest.”

The MPAA said the association welcomes the FAA’s leadership and supports their guidance to authorize the safe use of UAS for the motion picture and television industry, according to a statement from Neil Fried, the MPAA’s senior vice president for Government and Regulatory Affairs.

“Unmanned aircraft systems offer the motion picture and television industry an innovative and safer option for filming,” Fried said. “This new tool for storytellers will allow for creative and exciting aerial shots and is the latest in a myriad of new technologies being used by our industry to further enhance the viewer experience.”

Congress has ordered the FAA to develop regulations to safely integrate UAS into the national airspace system. And while test sites have been identified, the process has been slow. In fact, the development of certification rules for drone pilots could take until 2017, according to the FAA. But new concerns about safety, even for small drones, could mean additional delays. An airline pilot in March reported a near-miss with a drone near the Tallahassee Regional Airport in Florida, prompting FAA officials to consider requiring drone pilots to also be certified commercial aircraft pilots.