After more than a month on the trail of murder suspect Eric Frein, authorities in Pennsylvania have yet again taken to the skies for their search — but this time, they’re not using a helicopter.

According to the Pennsylvania State Police, the search now includes a large Mylar balloon, classified as an unmanned aircraft system, that contains several cameras that can monitor the ground from the air. The balloon is on loan from the Ohio Department of Transportation, which currently operates UAS under a certificate of authorization from the Federal Aviation Administration, according to a list of COAs obtained by MuckRock’s Shawn Musgrave via the Freedom of Information Act. 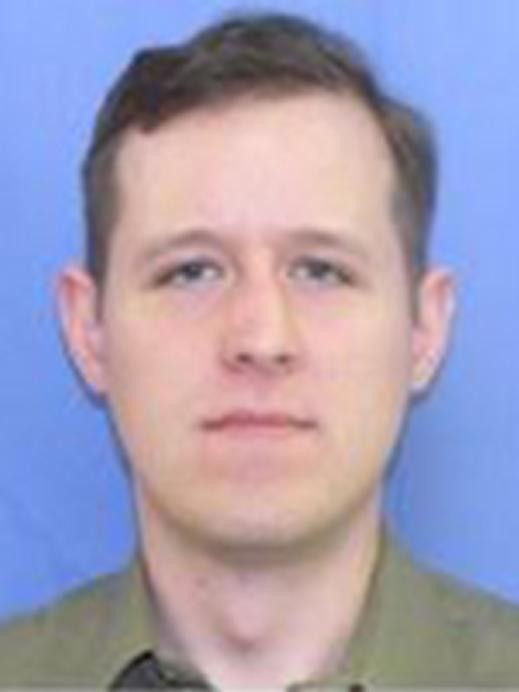 FedScoop reached out to the FAA to confirm that the balloon would still operate under the Ohio DOT’s COA in Pennsylvania, but did not receive a confirmation by publication time.

The balloon resembles a weather balloon, Pennsylvania State Police Public Information Officer Trooper Connie Devens told FedScoop, and is tethered to a stationary point on the ground. In the past month of the search for the fugitive, the state police have used helicopters with thermal imaging to examine the dense, wooded area where Frein may be hiding; however, through the use of the balloon, the state police will cut costs and provide a silent way to conduct the search.

According to information about the balloon provided by its manufacturer, the maximum airborne height is 480 feet. Once airborne, the cameras on board can detect a single person in a diameter up to three miles. It can also detect groups of people and vehicles in a range of five miles.

The Ohio Department of Transportation is volunteering its time to operate the balloon, but the Pennsylvania State Police is paying for the helium, according to the spokeswoman. The state police did not provide an amount per day spent on the balloon or a comparison to the price of using a helicopter in the search, but did report that the cost “is substantially less.” 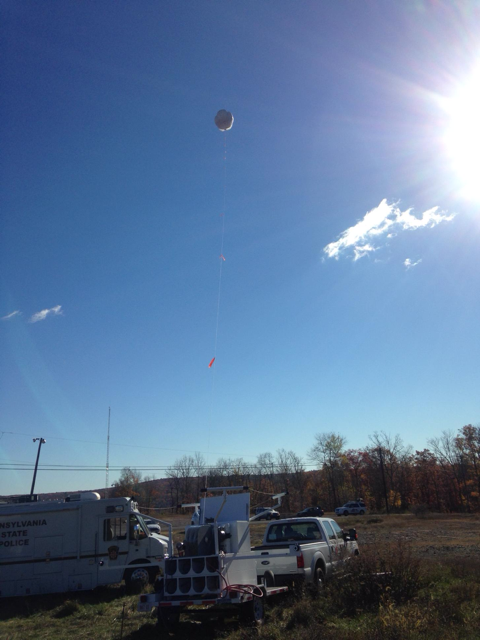 Authorities launch the balloon in Henryville, Pennsylvania, as a part of their search for Eric Frein. (Credit: Pennsylvania State Police)

“At times the balloon’s observation can be in lieu of helicopters; however, the balloon was not intended to replace the helicopters, it is in addition to them,” Devens said.

The balloon will be flown at the Alpine Mountain Ski & Ride Center in Henryville, Pennsylvania, nearly six miles from Frein’s hometown of Canadensis, Pennsylvania, where a lot of the search has already occurred. The flight location is also just over 11 miles from the Pocono Mountains Municipal Airport. According to WNEP, a local news station in northeastern Pennsylvania, the balloon’s presence near the Paradise and Price Township line coincide with where leads and tips about Frein’s location direct them.

On Sept. 12, Frein allegedly shot and killed Pennsylvania State Police Trooper Cpl. Bryon Dickson and wounded Trooper Alex Douglass at the Blooming Grove Barracks in Pike County. Frein was identified as the only suspect three days later, and has been on the run ever since. On Sept. 18, the FBI added Frein to their Ten Most Wanted Fugitives list, bringing the reward for information leading to his arrest up to $175,000.

The Frein case is not the first time in recent memory that authorities have used UAS in a search. In September, authorities used rotocraft drones to look for a missing woman in Texas.