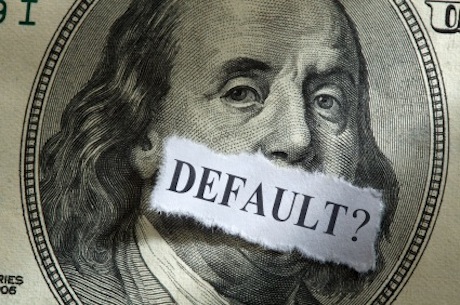 The IT industry could suffer greatly in the event of a federal default. (Image: iStockphoto)

The shutdown has already caused economic problems for IT companies, but if Congress drags its feet for another week, a federal default could make those troubles more severe.

“This could be a catastrophe,” said Deniece Peterson, director, federal industries analysis at Deltek.

The government’s lack of money could mean bills, such as IT contracts, would not be paid. “Any contract obligations that they can’t pay out of pocket won’t be paid,” Peterson said.

So what does this mean for IT companies? No one is completely positive because there are so many variables, but most agree it will be bad if businesses don’t get paid.

“Companies will probably have to furlough or lay off employees,” said Daniel Castro, senior analyst at the Information Technology and Innovation Foundation.

According to Peterson, the loss of revenue will trickle down to subcontractors. The subcontractors will take the hit harder because they are made mostly of small and medium-size businesses, which could be badly battered by a couple of missed payments.

On the bright side, bigger companies with longer contracts should come out of this with both feet on the ground, provided it doesn’t last too long.

Castro says the technology world isn’t like it was in the 1960s, when millions of dollars were put into a few computers only the government funded. Some companies will still be able to bring in revenue in sales from private customers.

The IT service industry won’t be so lucky. Service takes a more immediate approach to the technology world by helping people set up computers and troubleshoot problems. Service IT companies are already losing money to the shutdown. According to Stan Soloway, CEO at the Professional Services Council, some service companies are forced to pay 40 to 60 percent of their workers even though they are furloughed. Without the money from contracts, companies risk not having the money to send out paychecks.

Research work will take a hit, too. Without the money from grants, research must be halted. Universities using federal money for studies will be unable to finish, sometimes ruining the results if they are time sensitive or involve live animals.

At this point, the IT community can only hold its breath and hope Congress makes a deal.

The government may have the option to prioritize its spending — that is, it can pay whom it wants to first with its $30 billion and leave the rest of the debts unpaid. It’s more likely bondholders would be paid first, to keep everyone’s full faith in the government.

Since 1960, the debt ceiling has been raised 79 times. The ceiling is a legal limit on the amount Congress can borrow before it needs to be raised again. The current ceiling is at $16.7 trillion, which the United States will hit Oct. 17.

So will it actually happen? Will the United States go into default? According to Peterson, hopefully not.