If you want to help parts of the world overcome poverty and disease, you first have to be able to find them on a map. But that’s proved to be a challenge for the U.S. Agency for International Development and its work to provide health care services in war-torn Afghanistan.

According to a recent letter from John F. Sopko, the special inspector general for Afghanistan reconstruction, USAID’s $210 million Partnership Contracts for Health program in Afghanistan is working with faulty location data and geospatial imagery on nearly 80 percent of the 641 health care facilities funded by the program throughout the country.

SIGAR inspectors analyzed geospatial imagery on the remaining 495 locations, but found no physical structure within 400 feet of 189 reported coordinates. 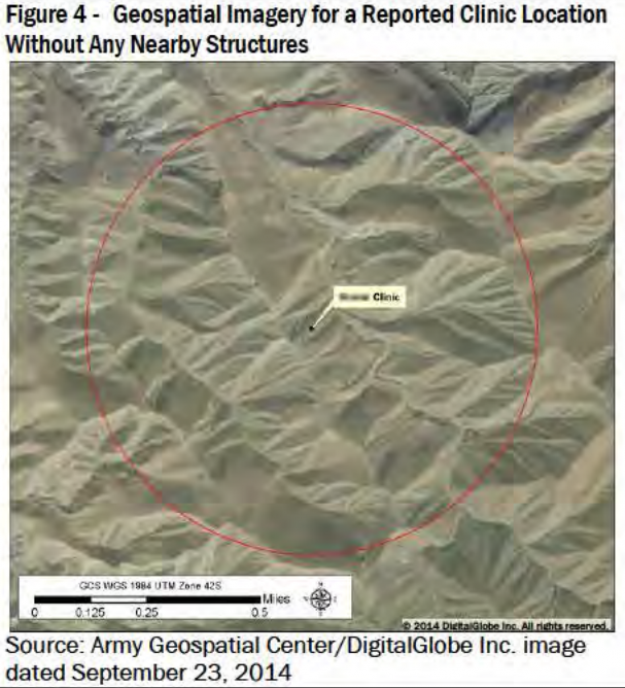 SIGAR produced a list of all of the facilities with location discrepancies and provided it to USAID, but it did not make it public due to security concerns.

“To provide meaningful oversight of these facilities, both USAID and MOPH need to know where they are,” Sopko said. “Accordingly, for all PCH facilities listed in enclosure II, I request that USAID provide correct, updated location coordinates or, as appropriate, non-geospatial confirmation of the physical location and existence of these facilities.”

USAID has until July 30 to find these facilities.

In a statement, USAID Assistant Administrator for Afghanistan and Pakistan Affairs Larry Sampler said the agency has a rigorous inspection program in place for the PCH program to ensure the facilities have staff, medicines, electricity and other support services.

However, “GPS coordinates are not the first line in monitoring a health facility,” Sampler said. “Local staff, third-party monitors, Afghan Government officials, and the benefiting community do not use GPS to navigate, let alone to find a health facility, because they are familiar with the area or from the community benefiting from the project. It has been a common practice for Afghan ministries to use the location of a village center as the coordinates for a facility, particularly when there was limited access to GPS technology. USAID is taking advantage of technological gains and is currently working with the Ministry of Public Health to provide map support and to update older and sometimes inaccurate GPS coordinates,” he said. 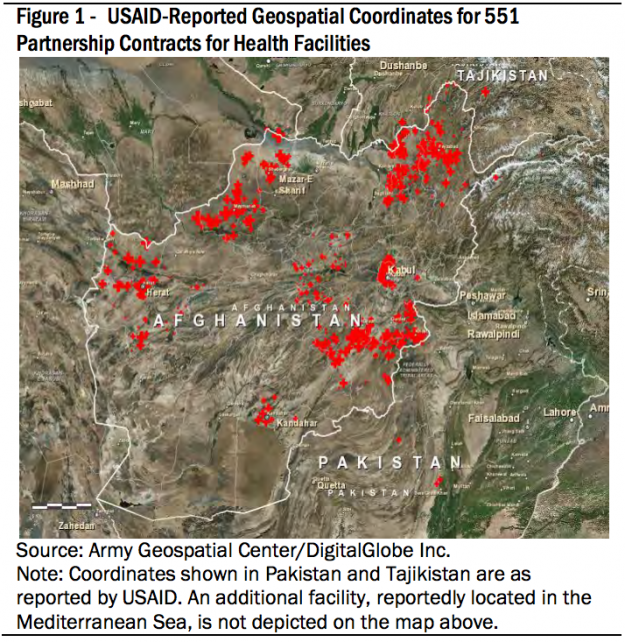 Meanwhile, a USAID spokesperson said Wednesday the agency has received updated mapping data that it will forward to SIGAR.

“USAID is working with other donors to help the MoPH improve its GPS data, an effort that will take time,” the spokesperson said in a written statement. “Already, the ministry has provided USAID with updated location information that USAID will provide this to SIGAR (and would have provided had it been requested prior to USAID’s receipt of SIGAR’s inquiry letter).”

USAID said it reviewed the thirteen examples cited in SIGAR’s letter as having coordinates that fall outside of Afghanistan and that all but one of the sites have been matched to the most recent MoPH data with coordinates within Afghanistan. “The remaining facility cannot be mapped because the latitude and longitude data were entered incorrectly,” the spokesperson said.

“USAID analyzed the data and found 590 sets of coordinates – after correcting latitude and longitude reversals, all of these were found to be located in Afghanistan,” according to the spokesperson. “USAID is taking advantage of technological gains and is currently working with the Ministry of Public Health to provide map support and to update older and sometimes inaccurate GPS coordinates.”