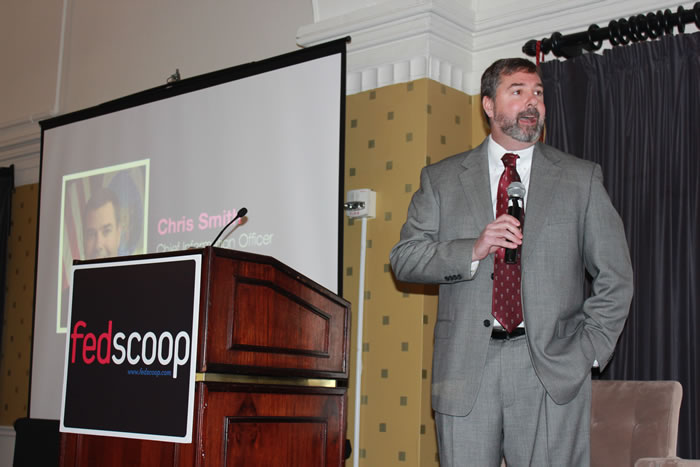 Department of Agriculture Chief Information Officer Chris Smith will join Accenture as the company’s U.S. federal chief and technology officer when he retires next month.

Smith has served as USDA CIO since 2009 and is best-known for moving the agency’s email system to the cloud, one of the largest cloud computing projects in the federal government to date.

Smith will join Accenture on April 9 following his April 7 retirement from USDA.

Before joining the OCIO leadership team Mr. Smith served USDA as Chief Information Officer for Rural Development where he provided leadership and executive strategic direction for the Rural Development IT portfolio supporting more than $96 billion in active loans and grants.

Prior to joining Rural Development, Mr. Smith served as the IT Director to the Chief Financial Officer of the United States General Services Administration. In this position, he led shared services IT operations and operated one of four named Financial Management Lines of Business Centers of Excellence and one of four named ePayroll operations within the Federal Government. Additionally, Mr. Smith is a Reserve Air Force Communications Officer who has led multiple tactical communications missions around the globe.

Chris Smith was born and raised in Northern Virginia where he currently resides with his wife and two children. He received his Bachelor of Arts Degree in International Studies and his Master of Public Administration Degree from the University of South Florida. Additionally, Mr. Smith holds a Master of Science Degree in Management Information Systems from George Washington University.