Continue to FedScoop.com
A group of fleet vehicles parked in a line.

Written by Jake Williams
Nov 14, 2014 | FEDSCOOP
Editor’s Note: This story was updated at 10:50 a.m. with a comment from the American Postal Workers Union.

Patrick Donahoe will retire as postmaster general of the United States Postal Service on Feb. 1, 2015, according to an announcement this morning from USPS.

Donahoe will be replaced by his current chief operating officer, Megan Brennan, who will be the first female postmaster general in the agency’s history.

The announcement came from the USPS Board of Governors, a group of nine presidentially-appointed and Senate-confirmed members. Its chairman, Mickey Barnett, said Donahoe was a visionary leader who carried the agency through the financial crisis when he became postmaster general in 2010.

“Pat was the calm in the financial storm,” Barnett said. “He ignored the naysayers and went forward with his team and built a comprehensive plan for the future of the organization, made tough decisions, and executed against those decisions. That’s a testament to the great team he built and his own personal leadership.”

Under Donahoe’s tenure, the agency has had to respond to a declining volume of first class mail and increased competition in the e-commerce package delivery market, which led to the launch of new mailing products and Every Door Direct Mail, a delivery platform that has generated more than $1 billion in revenue at a time where the cash-strapped agency needs every dollar it can get. At the end of the third quarter of fiscal year 2014, the agency reported almost a $5 billion loss on the year. Fourth quarter financials are expected soon. In addition, the agency is facing an almost $20 billion deficit due to annual prefunding payment requirements to the U.S. Treasury.

“The organization has a lot of momentum right now, and we’re doing a lot to innovate and improve the way we serve the public and our customers,” Donahoe said in a release. “The nature of delivery is changing dramatically and the Postal Service will continue to be an important part of those changes.”

Donahoe’s retirement announcement comes less than a week after the agency announced that it had been the victim of a cyber intrusion that compromised the personal data of almost 800,000 current and former employees. However, a USPS spokesperson told FedScoop the announcement of his retirement and the breach are “completely unrelated.”

The Postmaster General’s relationship with employees and labor unions was strained, at best. In fact, over the summer, delegates from the American Postal Workers Union unanimously called for Donahoe’s resignation.

“Today’s announcement that Postmaster General Patrick Donahoe is stepping down is welcome news,” APWU president Mark Dimondstein said in a statement to FedScoop. “We hope that the next Postmaster General will reverse Donahoe’s policies of lowering standards, reducing hours, outsourcing work and diminishing a great institution. We call on USPS’ Board of Governors to immediately freeze Donahoe’s to do no more harm.” 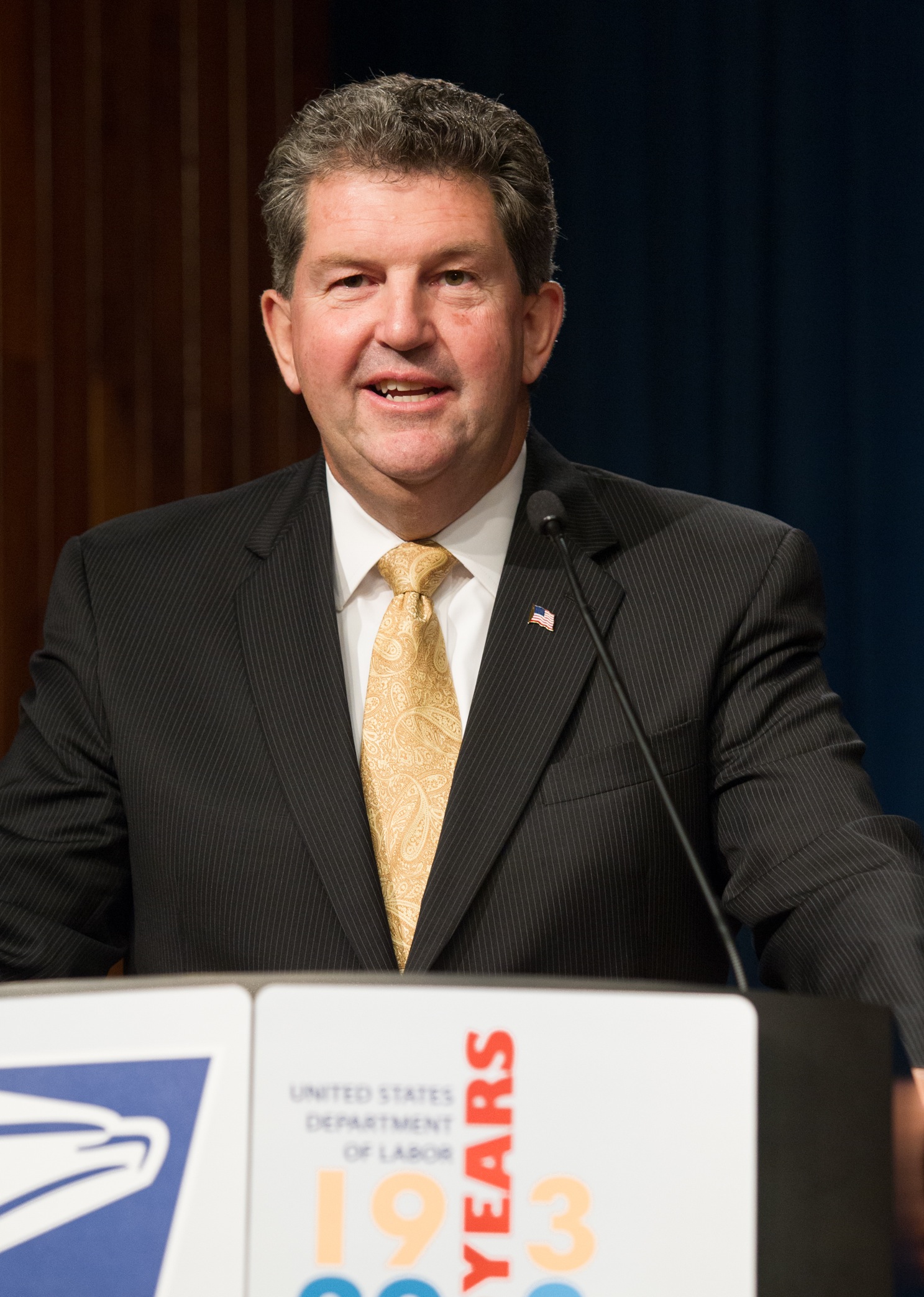 Donahoe’s successor, Brennan, is currently responsible for 491,000 USPS  employees in more than 31,000 facilities. Brennan also oversees the more than 200,000-vehicle fleet, which the agency’s inspector general said earlier this year had surpassed its usable life.

“The organization has a lot of momentum right now, and we’re doing a lot to innovate and improve the way we serve the public and our customers,” Donahoe said. “The nature of delivery is changing dramatically and the Postal Service will continue to be an important part of those changes.”

According to Barnett, Brennan has led initiatives that will increase the technological capability of the Postal Service to track packages and in innovating the way the agency delivers mail.

“Megan has managed some very large, complex organization changes and the Postal Service never missed a beat in terms of meeting customer expectations,” Barnett said. “She instills great confidence in the ability of the organization to succeed and achieve its business goals.”

Brennan was named COO and executive vice president in 2010, around the same time Donahoe became postmaster general. She joined the agency in 1986 as a letter carrier in Lancaster, Pennsylvania.

“I am deeply honored and humbled to take on this role at such an exciting time for the organization,” Brennan said. “The Postal Service plays a vital role in America’s society and economy and I’m looking forward to strengthening that role and meeting the demands of a rapidly evolving marketplace in the years ahead.”

Donahoe said his time working for a brand like USPS, which has the ability to impact every citizen every day, was an honor.

“It’s always difficult to walk away from something you love and have a lot of passion for, but knowing that the organization is moving forward with a strong plan and a lot of momentum makes it easier,” Donahoe said.