The Energy Department has withdrawn an offer to hire Susan Taylor, the Veterans Health Administration’s deputy chief procurement officer, because of an investigation by the Department of Veterans Affairs inspector general that found Taylor violated numerous federal procurement laws and regulations.

In an email obtained by FedScoop dated Sept. 12 — two weeks before the VA’s IG report was made public — Thomas Johnson Jr., the associate deputy assistant secretary for acquisition and project management in DOE’s Office of Environmental Management, announced the selection of Taylor for the career senior executive service position of director of the Office of Procurement Planning, effective Oct. 5.

Two senior officials at DOE familiar with the situation but not authorized to comment publicly, however, confirmed to FedScoop that the offer has been withdrawn based on the VA IG report’s conclusions. “DOE is not hiring Ms. Taylor,” said one of the officials with detailed knowledge of the job offer. 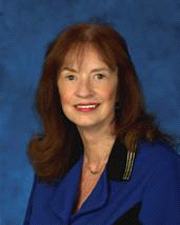 Taylor was the central focus of a damning 82-page investigation released Sept. 29 by the VA IG in which the agency said she abused her position and “improperly acted as an agent of FedBid in matters before the government.” The IG substantiated that Taylor had been giving FedBid, a private reverse auction company, preferential treatment, going so far as to disclose proprietary information and pressure contracting staff to award a task order for reverse auction services to FedBid. Although the IG referred the matter to the Department of Justice for criminal prosecution, DOJ did not press charges and recommended VA take administrative actions.

“Had this information been known when the original offer was made, there’s no way an offer would have been extended,” the official said.

But members of Congress are still unhappy with the lack of action on behalf of the VA. In a letter sent Monday to VA Secretary Robert McDonald, Rep. Mike Coffman, R-Colo., chairman of the Veterans’ Affairs Subcommittee on Oversight and Investigations, demanded to know what punitive actions the agency plans to take against Taylor.

“The sheer extent of the abuse of power undertaken by Ms. Taylor at VA alone should warrant her termination,” Coffman wrote. Coffman contends in his letter to McDonald that Taylor had been simply reassigned within VA.

“Instead of doing the right thing and holding people accountable, lazy bureaucrats are content to simply transfer problem employees to other areas of the government,” Miller said. “Everyone involved in this matter should be ashamed, especially Department of Justice officials, who need to have their heads examined after the inexplicable decision not to press charges as the OIG recommended.” Follow @DanielVerton