The Senate voted 91-3 Thursday evening to pass a bill that appropriates $16 billion to increase health care capacity at the Department of Veterans Affairs and initiate management reforms.

The Veterans Access, Choice and Accountability Act of 2014, agreed to in a joint conference committee by Sen. Bernie Sanders, I-Vt., and Rep. Jeff Miller, R-Fla., does not provide for immediate funding to address shortcomings in the department’s information technology systems, but it does call for some provisions to examine VA’s IT issues. 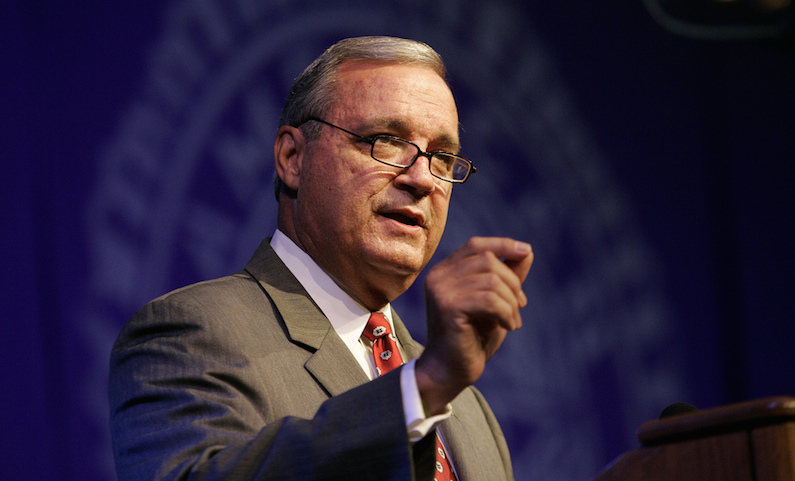 The reform bill provides approximately $10 billion for veterans to receive health care from outside of the VA, $5 billion to bulk up the department’s internal care for veterans and just more than $1 billion for additional programs, including health care leases and college benefits, according to a summary report of the bill from Sanders’ office.

Despite the billions of dollars of funding, no direct funds are devoted to reforming, replacing or repairing the department’s IT systems, which may have allowed some of the scheduling problems the department has faced in the past decade.

Instead, the bill calls for an independent entity to review several different elements of VA operation, including the department’s IT systems, no more than 90 days after the enactment of the bill.

The independent review must also determine whether changes in the scheduling system could limit access to only employees trained in the use of the system.

Additionally, the bill includes the establishment of a technology task force to evaluate the software and scheduling system within the department.

“The secretary of Veterans Affairs shall, through the use of a technology task force, conduct a review of the needs of the Department of Veterans Affairs with respect to the scheduling system and software […] that is used by the department to schedule appointments for veterans,” the text of the bill said.

No later than 45 days after the bill is signed, the task force must submit a report containing its findings and recommendations to the VA secretary, the Senate Veterans Affairs Committee and the House Veterans Affairs Committee. However, according to another section in the bill, no federal funding may be used to assist the technology organization tasked with this review.

The bill calls for training VA employees on how to use the current scheduling and technology system, in addition to any other systems implemented. Employees must also be trained in how to use Internet-based technology like telemedicine, text messaging and e-mail to optimize VA health center performance.

After passing the House 420-5, the bill will now move to President Obama’s desk as Congress prepares to adjourn for a five-week recess by mid-afternoon Friday. If signed by the president, the bill would provide the VA secretary with the authority to immediately remove senior executives based on poor job performance or misconduct.

In a release announcing the conference bill passing the Senate, Sanders said the act keeps Congress’ commitment to veterans.

“[The bill] makes certain that we address the immediate crisis of veterans being forced onto long waiting lists for health care,” Sanders said in the release. “It strengthens the VA so that it will be able to hire the doctors, nurses and medical personnel it needs so we can permanently put an end to the long waiting lists. It addresses the very serious problem of accountability and makes certain that dishonest and incompetent senior officials do not remain employed at the VA.”

The Senate’s vote to pass the bill comes just days after Bob McDonald, a West Point graduate, veteran and former CEO of Proctor & Gamble, was confirmed as the next VA Secretary. He was sworn in Wednesday.

Although no official statement had been made as of publication time whether the president will sign the bill, White House Press Secretary Josh Earnest said during a briefing Monday that “the early reports [about the compromise] are positive.”