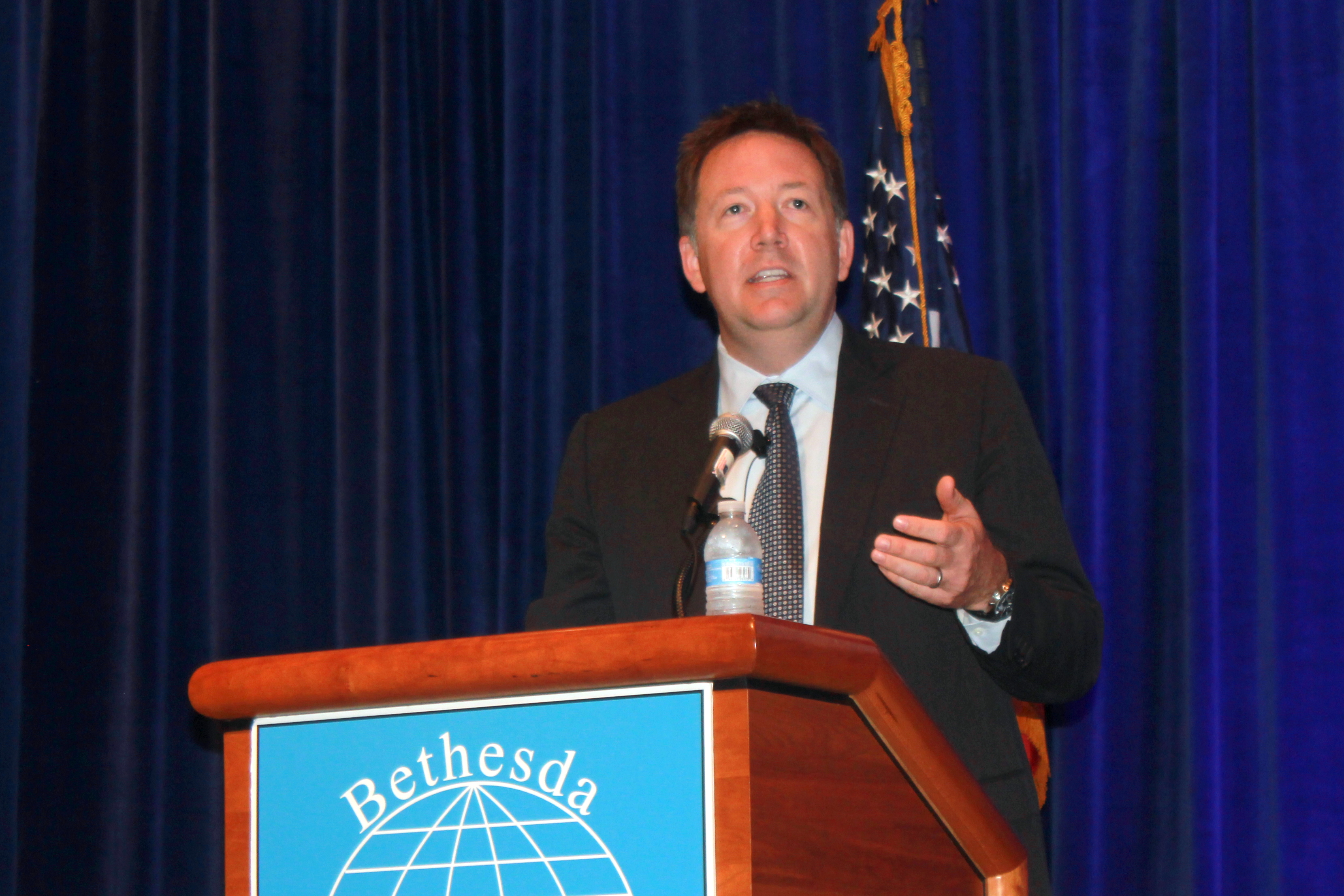 The federal information technology budget has remained effectively flat the past four years while government spending continues to be cut in different areas shows the Obama administration’s belief in the power of technology to be transformative, U.S. Chief Information Officer Steven VanRoekel said Friday.

Speaking on the 2014 federal fiscal year budget at an April 19 AFCEA Bethesda breakfast, VanRoekel said the IT budget’s modest growth this year – it’s up to $82 billion, an approximately $3 billion increase following years of flat growth and even slight decline – shows how the administration has championed investments in innovation during down financial times.

“The IT budget is not going down because we’ve won the hearts and minds of people that when the going gets tough, technology can be a lever to lead you out,” VanRoekel said.

VanRoekel noted throughout U.S.  history, times of financial crisis traditionally spur innovation so much that more than half of the Fortune 500 companies were founded during tough economic times.

He said the counts for government as well as with declining federal budgets creating an atmosphere for innovation to flourish as agencies are no longer looking to create massive $100+ million systems with too much risk.

What the federal government wants to do is invest in systems with a high return on investment that help agencies accomplish their mission with cuts to unnecessary and duplicative programs.

VanRoekel said he wants people to look into the spirit of the flat budget and see it presents an opportunity for innovation as the economy is nearing a turnaround following the 2008 recession. He added the federal government is at an inflection point in how it uses IT as the financial crisis has created an opportunity for cost-effective innovative technologies to transform how government operates.

VanRoekel said the private sector has already gone through this, and now it’s government’s turn to catch up a little, using technologies such as mobile to increase workplace efficiencies and connect with citizens in the ways they’ve come to expect.

“Now is the time to spend on IT,” VanRoekel said. “Now is our opportunity to do the next great thing.”

VanRoekel highlighted a number of projects either included in the FY 14 budget or previously accomplished by the administration that push forward his ideals: