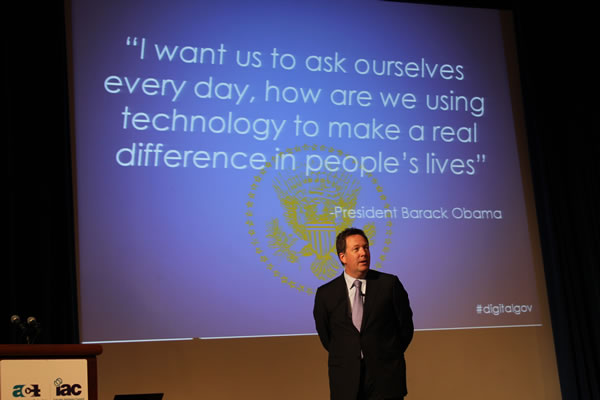 The recently released federal Digital Government Strategy is the latest in Federal Chief Information Officer Steven VanRoekel’s mission to cut and invest when it comes to federal technology.

Speaking at an event co-hosted by the American Council for Technology-Industry Advisory Council and the Association for Federal Information Resources Management at the Department of Interior in Washington, D.C., VanRoekel and Federal Chief Technology Officer Todd Park discussed the new Digital Management Strategy released Wednesday in further detail.

One of those tenants was that this strategy is in line with others recently released by VanRoekel’s office, namely the “Shared Services Strategy,” the PortfolioStat program and others, to reinvest money saved from duplicative IT programs into new innovations to better serve citizens.

“If you look at this strategy and others like it they are like similar boats going down the same river,” VanRoekel said. “Everything we do is about the balance of cut and invest. We can’t invest if we don’t cut, so we have to find a balance.”

One of the other highlights include a transformation of Data.gov over the next 12 months, evolving into more of a developer portal that links to live data within the agencies, VanRoekel said. He added that he’s been working with the General Services Administration over the past six to nine months to make that a reality.

Some further notes from Park and VanRoekel: