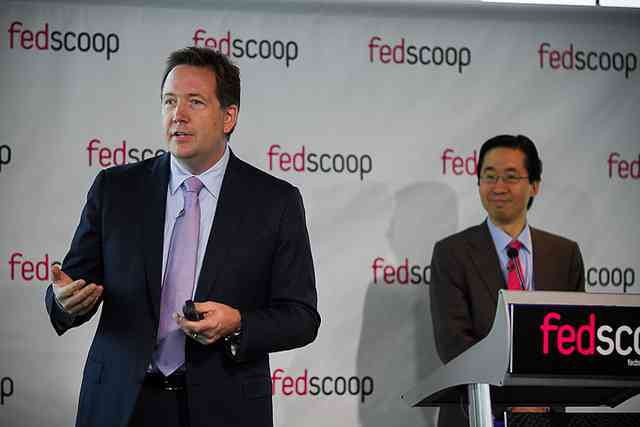 One month after releasing the Digital Government Strategy in 2012, Steven VanRoekel offered a progress report during which he said the White House had “hit the ground running and are already hard at work driving the strategy forward.”

That strategy became a focal point for VanRoekel during his next two and a half years as U.S. chief information officer. Observers credit the former Microsoft executive with helping to usher in a new era of innovation and accountability in federal IT that went far beyond that strategy.

Today, however, the question is what VanRoekel, who left the CIO post last week to head up the U.S. response to the Ebola outbreak, will be remembered for and how significant his accomplishments as CIO were to the future of federal IT.

Almost from the beginning of his tenure as CIO in 2011, VanRoekel pushed for government to take an innovative look at how to address problems ranging from efficiency to mobility to strategy in general.

“Innovation. The innovation piece is really good,” Bob Brese, the former CIO at the Energy Department told FedScoop about VanRoekel. “Kicking off the U.S. Digital Service before leaving, working with the General Services Administration [in early 2014] to kick off 18F. I think Steve made some progress there.”

Even though the U.S. Digital Service, announced earlier this summer, and it’s accompanying TechFAR handbook are both relatively new, Mike Hettinger, the senior vice president of federal and public sector at TechAmerica, said the initiatives could go down as some of VanRoekel’s most important contributions to government IT.

“This idea of the TechFAR, the U.S. Digital Service playbook and the stuff that he’s been pushing most recently will probably be one of the things that we look at and say that he can hang his hat on,” Hettinger told FedScoop. “I mean there’s a lot. He did a lot of different things that we’ll probably realize down the road were very important to the overall piece.”

The launch of the Digital Service came as a natural cap to VanRoekel’s launch of the federal digital government strategy in New York City with former Chief Technology Officer Todd Park less than six months after taking the position.

“The efforts that were in [the digital government strategy], primarily around open data and creating APIs really freed information for citizens to leverage what they have spent their money on creating,” Brese said. “It was really incredible. There’s a lot of new business potential and a lot of innovation potential in providing access and letting people mesh government data with other proprietary data.”

The strategy also included a mobility component, which was part of VanRoekel’s predecessor’s 25-point plan. Brese praised VanRoekel’s mobility efforts as a way of addressing the “mobility tsunami” facing government.

“I think [mobility] was a good wake up call. With the reference security architectures, there’s a lot that you can do with mobility in the government,” Brese said. “I joked with my staff before about this mobility tsunami. We either try to get up on the wave and surf this thing or we’re going to get slammed by it.”

Hettinger said VanRoekel took first ever federal CIO Vivek Kundra’s 25-point plan and operationalized it by putting the ideas his predecessor proposed into practice, specifically around mobility and cloud computing.

“He had an agenda when he came into the job, which was, in a lot of ways, set by his predecessor,” Hettinger said. “His job was to take those ideas and put them into practice. He took a lot of that stuff and operationalized it.”

Another project started under Kundra’s time at the Office of Management and Budget was the TechStat initiative, which VanRoekel then expanded into PortfolioStat.

“I think in the original time when Vivek Kundra started TechStat and we were evaluating core performing projects, it was important to start thinking about processes and really keep pressure on us as CIOs,” Brese said. “But I think Steve, really in an Emeril Lagasse way, kicked it up a notch with PortfolioStat and getting deputy secretaries and chief financial officers to the table.”

Despite those achievements, Brese said VanRoekel could have done more to enhance the authority of federal CIOs and streamline the acquisition process. The former Energy Department CIO cited an attempt to consolidate DOE’s data centers, which, while efficient and good in theory, was blocked by bureaucratic red tape.

“I had a need to move stuff to a purpose-built government data center and I couldn’t do it because of some stupid legalese contract claim that prevents me from using common sense,” Brese said. “It’s a very complex environment, and even within departments and agencies, they’re complex inside of them as well.”

Consolidation as a whole was difficult due to bureaucracy, Brese said.

“The things I started working on in 2008 are still not done when it comes to really consolidating non-differentiated IT,” he said. “These are battles that industry fought and decided a decade ago, and we are still having the fight.”

VanRoekel attempted to address the CIO authority issue in August 2011, shortly after taking the job, with the issuance of a memorandum on CIO authorities.

“It was great in concept, but in the end we didn’t really get anywhere on it,” Brese said. “I know it was important to Steve, and I don’t know if he just ran out of steam […] but we didn’t make the ground we needed to make on that.”

The acquisition and procurement processes, however, do not operate at the pace of IT, which makes them inefficient and slows innovation, Brese said.

Teri Takai, the former CIO at the Defense Department, defended VanRoekel’s efforts on procurement and said his recent focus on it was extremely important. Takai also referenced VanRoekel’s goal to continue enhancing the CIO position through his role on the CIO council and through CIO Boot Camps.

“I think he was just able to get started on the IT acquisition and IT procurement areas,” Takai told FedScoop. “I think that hopefully the work will continue with Lisa [Schlosser, the current acting CIO] after he leaves.”

But as Schlosser takes over the CIO reigns temporarily at OMB, the focus turns to how VanRoekel will handle the Ebola outbreak at USAID, Takai said.

“We all should be really appreciative that he’s agreed to take on the role,” Takai said. “It’s a really important area and it does need focus. I just think it’s a much more serious problem then all of us perhaps have given credit to.”