The Department of Veterans Affairs plans to use more than half of its proposed information technology budget for fiscal year 2016 to build out a tech infrastructure that supports customized health care tools for veterans, including mobile and telehealth technologies, advanced electronic health records, and a new commercial scheduling system.

In a briefing with reporters Tuesday, VA Chief Information Officer Stephen Warren released a summary of the department’s $4.1 billion IT budget, of which approximately 55 percent would be earmarked for customized medical programs, 20 percent for adding new features and functionality every 90 days to the Veterans Benefits Management System, and 19 percent for maintaining the department’s enterprise IT services that support 152 hospitals, 56 regional benefits offices and 821 outpatient clinics around the country.

“It’s reinforcing and refreshing our infrastructure,” Warren said, describing the largest of the three major thrusts of the budget proposal. “The second [area] is providing and refining tools that enable delivery of health care and benefits — mission delivery. How do we bring in new capability, how do we respond to legislative changes, how do we respond to changes in practice as well as how do we enable new capabilities?”

Transforming VBMS into a paperless system remains one of the agency’s top priorities. VA is now beginning to direct about $20 million toward moving the appeals process to a paperless system for veterans as well as providing new and enhanced IT tools to the VA workforce responsible for processing benefits claims. 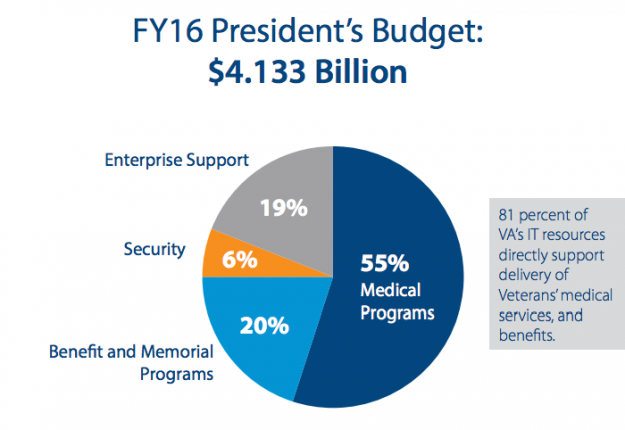 This year also marks the beginning of a pilot program for a major 10-year investment in updating the VA’s aging telephone system. The agency is currently working its way through 1,200 private branch exchange telephone systems to update them to Voice over Internet Protocol, which will run on an internal private cloud solution, according to Warren.

The agency recently completed the VoIP conversion at the Fort Harrison VA Medical Center in Montana and is about to begin the process throughout the Tennessee Valley system and its outlying clinics. “Right now everything is looking really good,” Warren said, noting the development of a target list for fiscal 2016 to upgrade the oldest sites first.

The 2016 budget also would fund VA’s continued efforts to streamline its operations to make it easier for veterans to access services, known as MyVA. It’s a “move to veteran-focused outcomes versus an organizational-focused outcome, collapsing down to that single cyber portal … and a single unified experience,” Warren said. “That takes changes in back-end infrastructure and back-end systems to make sure we break down old structures that were based on organization versus us providing quality service.”

Warren declined to provide a dollar value for the upcoming award of a commercial replacement scheduling system, but he said the department has set aside funding for that priority. “We’ve seen too often in the past when we mention a number it becomes the floor for all bids,” Warren said. The agency has, however, completed 11 patches to defects in the existing scheduling module in VA’s main electronic health record, known as the Veterans Health Information Systems and Technology Architecture, or VistA. The final patch is in development now and should be completed by the end of April, Warren said.

Approximately 6 percent of the budget, or about $248 million, would be dedicated to security, according to the budget summary document. That number, however, covers the entirety of the agency’s security efforts. Actual cybersecurity program allocations would amount to $53 million, according to Warren, with another $70 million supporting the network operations center, $30 million for the Continuous Readiness and Information Security Program, and $10 million for privacy and records management. The rest is spread throughout the enterprise.

“Cybersecurity is a team sport. There are a significant amount of dollars in the salary account and other accounts. There’s a large amount in the development organization,” Warren said, referring to the code scanning work done by the Office of Information Security, which would see its budget increased by 15 percent in the 2016 proposal. “It’s everybody in the organization.” 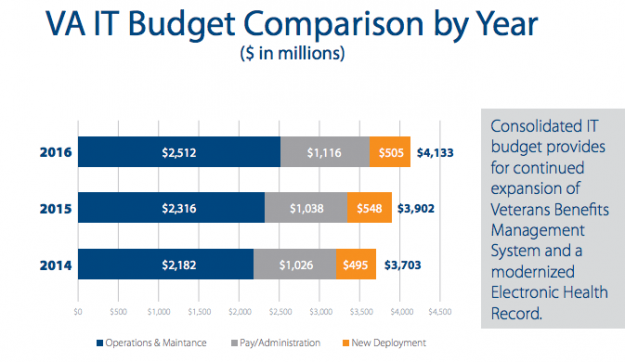