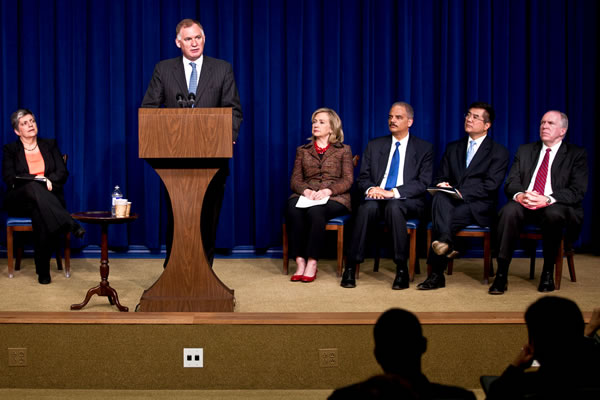 The strategy lays out the President’s vision for the future of the Internet, and sets an agenda for partnering with other nations and peoples to achieve that vision. It begins by recognizing the successes networked technologies have brought us, in large part due to the spirit of freedom and innovation that has characterized the Internet from its early days as a research project.

“To achieve our vision, the United States will build an international environment that ensures global networks are open to new innovations, interoperable the world over, secure enough to support people’s work, and reliable enough to earn their trust,” said National Cybersecurity Coordinator Howard Schmidt. “To achieve it, we will build and sustain an environment in which norms of responsible behavior guide states’ actions, sustain partnerships, and support the rule of law.”

The strategy aims for the government to create incentives for, and build consensus around, an international environment in which countries – recognizing the intrinsic value of an open, interoperable, secure, and reliable cyberspace – work together and act as responsible stakeholders.

The goal is to ensure that as many stakeholders as possible are included in this vision of cyberspace precisely because of its economic, social, political, and security benefits.

The government will, along with other nations, encourage responsible behavior and oppose those who would seek to disrupt networks and systems, thereby dissuading and deterring malicious actors, while reserving the right to defend these vital national assets as necessary and appropriate.

Ultimately, the nation’s will police one another to create a secured Internet that is prosperous to all member nations.