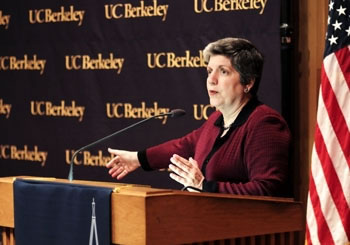 Department of Homeland Security Secretary Janet Napolitano outlined what the agency is doing and has been doing to protect cyberspace in a talk before the University of California Berkeley College of Engineering on Monday.

“Our nation has come together to meet great challenges before. I’m confident that together, we can meet this one,” Napolitano said. “Together, we can – and we will – achieve a cyberspace that is safe and resilient, and that remains a source of tremendous opportunity and growth for years and years to come.”