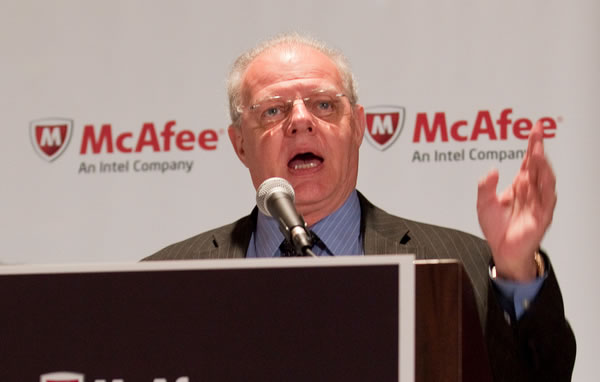 White House Cybersecurity Coordinator Howard Schmidt will retire at the end of the month to spend more time with his family and pursue teaching opportunities, the Washington Post reports.

Schmidt will be succeeded by Michael Daniel, chief of the White House budget office’s intelligence branch.

Schmidt has been in office since January of 2009 and, during his tenure, increased the profile of national cybersecurity issues and oversaw the creation of the White House’s first legislative proposal on cybersecurity. Also during that time, the White House also unveiled its first international strategy for cyberspace, as well as the National Strategy for Trusted Identites in Cyberspace initiative.

His leadership “has made a difference both within the federal government and throughout the nation, and he will be missed,” said National Security Agency Director and head of the U.S. Cyber Command Gen. Keith Alexander.

“It’s always a good aspiration to be fully secure, but we realize that’s a dream,” Schmidt recently told attendees at McAfee’s Public Sector Summit presented by FedScoop. “What we need to do is make sure we are always meaningfully secure.”

In this April 2012 interview with FedScoopTV, he discussed his current priorities and the role of cybersecurity in the economy:

He previously worked in public service as a cybersecurity adviser under President George W. Bush and served as chief security strategist for the U.S. CERT Partners Program for the National Cyber Security Division through Carnegie Mellon University, in support of the Department of Homeland Security.

Howard A. Schmidt has had a long distinguished career in defense, law enforcement, and corporate security spanning more than 40 years. He brings together talents in business, defense, intelligence, law enforcement, privacy, academia and international relations through his distinguished career. He currently is Special Assistant to the President and the Cybersecurity Coordinator for the federal government. In this role Mr. Schmidt is responsible for coordinating interagency cybersecurity policy development and implementation and for coordinating engagement with federal, state, local, international, and private sector cybersecurity partners.

Before Microsoft, Mr. Schmidt was a supervisory special agent and director of the Air Force Office of Special Investigations (AFOSI) Computer Forensics Lab and Computer Crime and Information Warfare Division. While there, he established the first dedicated computer forensics lab in the government and was responsible for Criminal and Counter Intelligence investigations against Department of Defense systems.

Before AFOSI, Mr. Schmidt was with the FBI at the National Drug Intelligence Center, where he headed the Computer Exploitation Team. He is recognized as one of the pioneers in the field of computer forensics and computer evidence collection. Before working at the FBI, Mr. Schmidt was a city police officer from 1983 to 1994 for the Chandler Police Department in Arizona. Mr. Schmidt served with the U.S. Air Force in various roles from 1967 to 1983, both in active duty and in the civil service. He had served in the Arizona Air National Guard as computer communications specialist from 1989 until 1998, when he transferred to the U.S. Army Reserves as a Special Agent, Criminal Investigation Division. where he served until 2010 with the computer crime investigations unit at CID HQ.

Mr. Schmidt also served as the international president of the nonprofit Information Systems Security Association (ISSA) and was the co-founder and first president of the Information Technology Information Sharing and Analysis Center (IT-ISAC). He was the Vice-Chair of the Board of Directors for (ISC)2 and Security Strategist for the Board. He is a former executive board member of the International Organization of Computer Evidence, and served as the co-chairman of the Federal Computer Investigations Committee. He is a member of the American Academy of Forensic Scientists. He had served as a board member for the Cyber Crime Advisory Board of the National White Collar Crime Center.

He served as an augmented member to the President Clinton’s Committee of Advisors on Science and Technology (PCAST) in the formation of an Institute for Information Infrastructure Protection (I3P). He has testified before congressional committees, written books on cybersecurity, and received numerous awards, including the CSO Magazine ‘‘Compass Award,’’ Baseline Magazine’s ‘‘The 50 Most Influential People in Business IT,’’ and the Federal 100 Award, to name just a few. Mr. Schmidt has been a member of the Information Security Privacy Advisory Board (ISPAB). He has also been a member of the Permanent Stakeholders Group (PSG) for the European Network Information Security Agency (ENISA). He was a member of the High Level Experts Group (HLEG) for the ITU and the Global Cyber-security Agenda (GCA).

Mr. Schmidt holds a bachelor’s degree in business administration (BSBA) and a master’s degree in organizational management (MAOM) from the University of Phoenix. He also holds an Honorary Doctorate degree in Humane Letters. Howard was an Adjunct Professor at GA Tech, GTISC, Professor of Research at Idaho State University and Adjunct Distinguished Fellow with Carnegie Mellon’s CyLab and a Distinguished Fellow of the Ponemon Privacy Institute.

Howard is a Ham Radio operator (W7HAS), a private pilot, outdoorsman and an avid Harley- Davidson rider. He is married to Raemarie J. Schmidt, a forensic scientist and researcher and instructor in the field of computer forensics.

Department of Homeland Security (DHS), Howard Schmidt, Keith Alexander, Michael Daniel, NSTIC
The best federal IT news, delivered straight to your inbox.
Sign up for our daily newsletter.
Privacy Policy
We use cookies to provide you with the best experience across all Scoop News Group websites. By using Scoop News Group websites, you consent to the use of cookies. Learn more