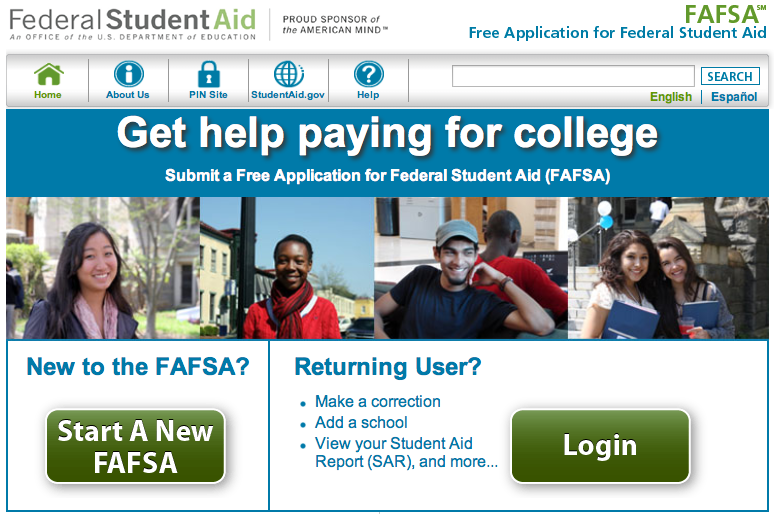 The FAFSA portal is one federal website citizens were satisfied with.

Satisfaction with federal services has dropped in the last year and government websites may be to blame.

After two years of strong gains, an American Customer Satisfaction Index Federal Government report found satisfaction had fallen 3.4 percent, to a benchmark of 66.1.

In 2013, 35 percent of users of federal services said they interacted with different arms of the government mostly through their websites. Other forms of interaction happened over the phone (19 percent) or via agency office visits (11 percent).

Users found government sites to be difficult to use, unreliable and unhelpful, according to the report.

“The federal government has managed to create a less costly and more efficient delivery of public services,” the report said. “However, this also means it is becoming more challenging to keep up with the growing demand of users, while maintaining satisfactory service throughout e-government.”

Certain agencies, however, have user satisfaction indexes close to those in the private sector; for example, the Education Department’s FAFSA site, the U.S. Mint and the National Recreation Reservation Service, to name to a few.

The Department of Health and Human Services’ ACSI decline this year was linked to an increased use of the site as the healthcare.gov marketplace launched in the fall of 2013. Among other agencies that scored beneath the federal government average were the departments of Treasury and Homeland Security.

Both these agencies have popular outer-facing websites; the Internal Revenue Services site and various immigration and customs websites, respectively.

“For the private sector, customer loyalty is a critical driver of business success—higher levels of customer satisfaction lead to more customer loyalty that, in turn, leads to revenue growth, market share and positive stock returns,” the report said. “For the public sector, loyalty is less relevant—dissatisfied users cannot defect from a government service provider in the same way. As a result, trust in government becomes an aggregate gauge of the impact of citizen satisfaction with federal government services.”