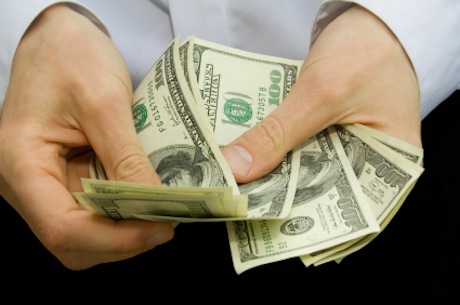 A new report found that half of the total federal IT spending was in Virginia, Maryland and D.C. (Photo: iStockphoto)

Of all the federal spending in fiscal year 2012, one-fifth was done in the District of Columbia, Maryland and Virginia.

However, for the federal IT community, there is a far more interesting statistic.

Half of the total federal IT spending was in Virginia, Maryland and D.C., according to the Deltek report Federal Regional Snapshot: D.C. Maryland, & Virginia.

Jennifer Sakole, principal analyst with the federal information services team at Deltek, said this fact stood out as very significant.

“I think that one of the things that makes this region a bit different than other regions across the United States, where you have high concentrations of spending, is the almost-even split between civilian and defense contracts,” Sakole said. “It makes it a target-rich environment for contractors looking for something beyond defense.”

The report also identified the top federal contracting opportunities expected in the next 18 months. There are more than 1,300 federal opportunities in D.C., Maryland and Virginia anticipated for release before July 1, 2015. Those contracts total up to $1.3 billion; $31.75 million in D.C., $55.94 million in Maryland and $15.37 million in Virginia.

The Army’s re-compete of the Strategic Services Sourcing contract is estimated at $30 million, and Sakole said that ceiling could go even higher. The anticipated solicitation release date is April 2014. In December 2013, the contracting office confirmed the follow-on to the S3 contract vehicle and the R2-3G contract vehicle will be combined and procured as one program.

“The government intends to have a team in place for this procurement in January 2014,” Sakole said. “The RFP is expected to be released late 2014, with awards sometime in 2QFY15. However, these acquisition milestones are tentative; nothing regarding this procurement has been finalized to date.”

Virginia had the highest level of total spending in 2012, followed by California and Texas. Maryland and D.C. followed close behind, at numbers four and six, respectively.

However, when it came to IT spending, Virginia, Maryland and D.C. were at the top, with California and Texas coming in fourth and fifth.

The top five IT vendors were Lockheed Martin, with $7.36 billion in regional IT obligations; SAIC with $7.26 billion; HP with $7.1 billion; Northrop Grumman with $6.48 billion; and General Dynamics with $6.1 billion.

Those numbers are based on reported federal IT obligations from FY 2009-2012.

The top IT program for spending in the region is HP’s Next Generation Enterprise Network contract with the Navy; it totals $3.1 billion from FY 2010-2012. The Defense Information System’s Agency’s Defense Information Security Network Global Solutions contract held by SAIC has $1.5 billion reported regional obligations from FY 2009-2012.

The Army had several high-performing IT programs, including the Army Aviation and Missile Command Expedited Professional and Engineering Support Services, held by Leidos (formerly SAIC) for a total of $1.1 billion in regional obligations from FY 2001-2012.