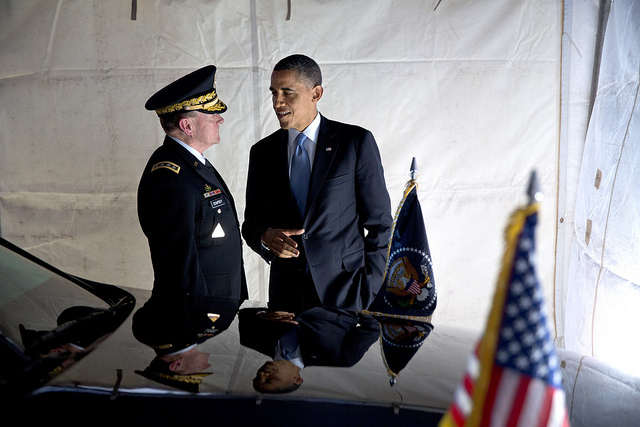 On Monday, the march toward increased whistle-blower protection moves forward, albeit without protection for intelligence community contractors such as Edward Snowden.

Protection will expand to include all defense subcontractors — not just contractors — as well as employees who report fraud internally, instead of to the government. The burden on employers is also rising. They must now disseminate whistle-blower rights in myriad manners and defend any retaliatory actions against whistle-blowers to a higher standard.

The amendments, signed into law by Obama as part of the current National Defense Authorization Act, take effect July 1. Existing defense contracts will only become subject to the new regulations if they are modified on or after that date.

To whistle-blower advocates, it’s a positive step, but not perfect.

“We’re happy and very pleased with the legislation,” said Joe Newman, director of communications for Project on Government Oversight. But “there are still areas to be improved. There’s a big gaping hole when it comes to contractors in the intelligence field. … There’s also a culture in the government that has to change.”

That’s the exact culture the Defense Department says it’s trying to change by playing up these changes and educating contractors. To Nilgun Tolek, director of whistle-blower reprisal investigations, it’s a continuation of the natural progression since Congress first instituted whistleblower protections in 1989.

“Congress has been going in this direction for a long time,” Tolek said during an interview at the DOD inspector general’s office. She said the office has had to turn away numerous complaints over the years, not because the complaints weren’t potentially valid, but because they simply weren’t covered by whistle-blower protection.

“Once we determined that in the early stages of an investigation before, we couldn’t go forward,” she said. “We had to stop because they weren’t covered by the statute.”

“Our stats look sort of negative, largely because of these gaps that existed in coverage,” Tolek said.

But she expects that to change. The increased coverage and awareness expected from the shift will likely mean both more complaints and more fully realized investigations. Whistle-blower reprisal complaints previously dismissed because the whistle-blower initially reported the abuse — overbilling, disposing functioning equipment, switching in less qualified personnel — to a supervisor or company hotline, will no longer be dismissed.

Marguerite Garrison, deputy inspector general for administrative investigations, believes the office can handle the increase. “My whistle-blower reprisal investigations directorate has grown by about 30 to 40 percent in the last two years,” she said.

The amendments also raise the employer’s legal burden of proof in a whistle-blower reprisal investigation, Tolek said. Previously, employers had to prove a “preponderance of the evidence” showed they would have taken the same action against an employee (demoted, fired, etc.) regardless of the original whistle-blower action. Now, they’ll have to show “clear and convincing evidence,” only one step below the highest level of proof — “beyond a reasonable doubt” — which normally only applies in criminal cases.

“It’s a long-term implementation that plays out over time because of not applying to existing contracts,” Tolek said.

Garrison summed it up: “It’s uncharted territory. Are we going to get it right 100 percent of the time? I don’t think so.”

But to DOD officials, it’s another step in the right direction.