Add candid pictures of first dog Bo and White House-animated GIFs to your list of things to check out when surfing the Internet. The White House is expanding its social-media presence, joining a host of other agencies on Tumblr today.

Promising wonky infographics and charts, clever quotes from President Barack Obama and pictures of young scientists bringing their science fair projects to the White House, Tumblr not only serves as a great platform for the Obama administration but for the public as well. The White House’s Tumblr will provide constituents with another way of interacting, providing feedback and keeping track of government.

“We want to see what you have to share: Questions you have for the White House, stories of what a policy like immigration reform means to you, or ways we can improve our Tumbling,” the White House said in its first Tumblr post. “We’re new here, and we’re all ears.”

To kick off things, the White House included, as promised, an infographic to accompany the premiere post: 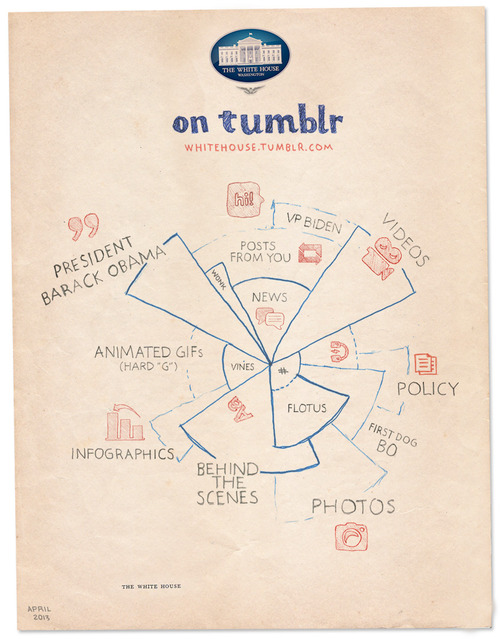