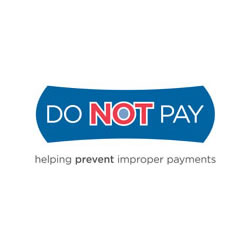 The White House launched a new tool Thursday aimed at guarding against wasteful and improper payments that “squander taxpayer dollars.”

Called Do Not Pay, the tool will help federal agencies avoid making payment errors, including payments to the deceased and contractors who attempt to defraud the government.

“Every year, the Federal government wastes tens of billions of dollars on payments to the wrong person, in the wrong amount, or for the wrong reason,” said Office of Management and Budget Controller of Office of Federal Financial Management Danny Werfel. “When the President took office, the government-wide improper payment rate was on the rise, reaching an all-time high of nearly 5.5 percent in 2009. In response, he has taken swift and aggressive action to make improper payments a focus of the Administration’s Campaign to Cut Waste.”

OMB also issued a memorandum to all agencies directing them to use Do Not Pay by next spring. The Departments of the Treasury, Government Printing Office and National Archives Records Administration are currently using it and others, such as the Departments of Agriculture, Veterans Affairs, Labor, and the Small Business Administration will be on board in the coming months.