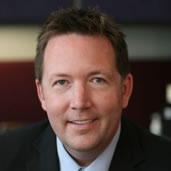 VanRoekel was named Executive Director for Citizen and Organizational Engagement for the U.S. Agency for International Development in June. Prior to USAID, FCC Chairman Julius Genachowski appointed him managing director in June 2009 where he led technology, new media and Web operations, including the re-design of the new FCC.gov Website.

Prior to the FCC, VanRoekel spent 15 years at Microsoft, including serving as Speech and Strategy Assistant to Bill Gates.

VanRoekel is scheduled to speak at FedScoop’s 3rd Annual Lowering the Cost of Government with IT Summit, August 24.