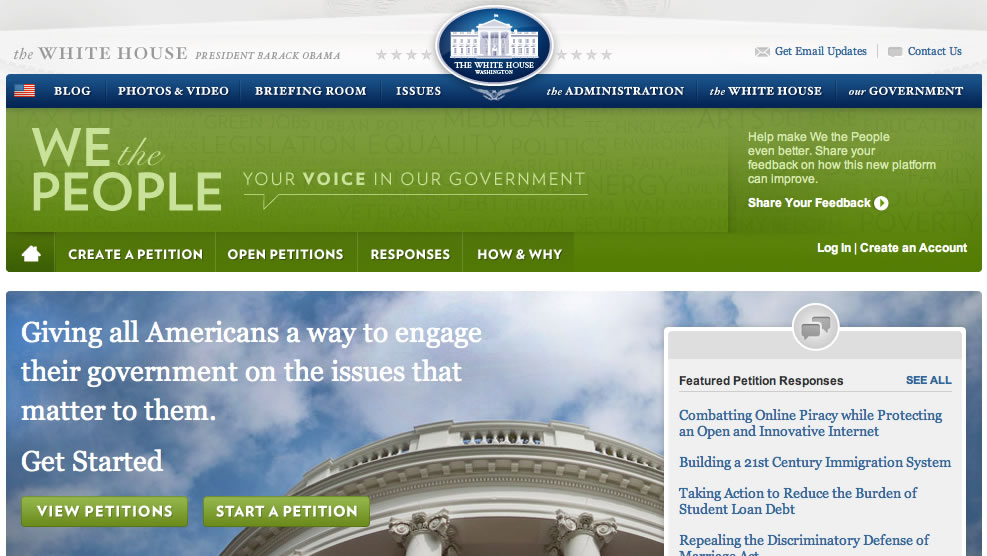 The platform, developed in Drupal 7, can be accessed at the White House GitHub account, located at github.com/WhiteHouse.

“When President Obama talked about We the People at the Open Government Partnership last year, he promised to, ‘share that technology so any government in the world can enable its citizens to do the same,'” Phillips said announcing the release. “Now anybody, from other countries to the smallest organizations to civic hackers can take this code and put to their own use.”

Other federal government GitHub adopters include the Federal Communications Commission, NASA, the Consumer Financial Protection Bureau and the General Services Administration. The Open Government Platform, a joint open source project between the United States and India, made the Data.gov code source available at GitHub in in May.