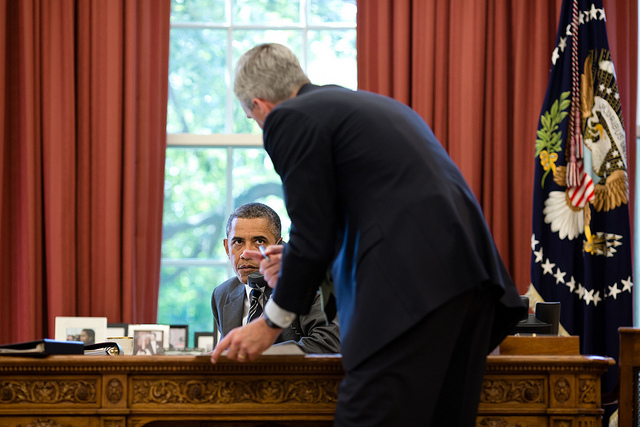 The White House officially released its report outlining the impact sequestration cuts would have on the federal government, saying they would be devastating to federal programs and seriously hurt national security efforts.

“No amount of planning can mitigate the effect of these cuts. Sequestration is a blunt and indiscriminate instrument. It is not the responsible way for our nation to achieve deficit reduction,” the Office of Management and Budget wrote. “The report leaves no question that the sequestration would be deeply destructive to national security, domestic investments and core government functions.”

If sequestration takes place, OMB said it would have to cut $10 billion from the fiscal year 2013 government budget – split evenly between defense and non-defense related programs – including $11 billion from Medicare.

These would be only the beginning, though, as the government would be forced to cut $1.2 trillion over the next decade if sequestration took place.

The report, released Friday by the Obama administration, highlights down to the detail which federal programs would be cut.

In short, there would be a 9.4 percent cut to most defense programs and a 10 percent cut to a handful of other Pentagon programs, which are not subject to annual congressional appropriations.

Most mandatory domestic programs — those that are funded based on eligibility — would be slashed by 7.6 percent.

”While the Department of Defense would be able to shift funds to ensure war fighting and critical military readiness capabilities were not degraded, sequestration would result in a reduction in readiness of many non-deployed units, delays in investments in new equipment and facilities, cutbacks in equipment repairs, declines in military research and development efforts, and reductions in base services for military families,” the president’s plan said.

Some of the areas hit hardest will include education grants, the Federal Bureau of Investigation, air traffic control management,Department of Agriculture programs and scientific research.

For the Pentagon, the reductions would not affect the war effort, the report said. Still, the cuts “would result in a reduction in readiness of many non-deployed units, delays in investments in new equipment and facilities, cutbacks in equipment repairs, declines in military research and development efforts, and reductions in base services for military families.”