Continue to FedScoop.com
Brewer, seen here in 2009, worked as an adviser in the White House's Office of Science and Technology Policy. (Wikimedia Commons)

Political officials, as well as tech and media luminaries, have taken to social media to express their sadness over the death of White House senior adviser Jake Brewer.

President Barack Obama said in a statement he was “heartbroken” after learning that Brewer died in a bicycle accident Saturday in Howard County, Maryland.

“We set out to recruit the best of the best to join their government and help us harness the power of technology and data to innovate new solutions for the 21st century. Simply put, Jake was one of the best,” the statement reads. “Armed with a brilliant mind, a big heart, and an insatiable desire to give back, Jake devoted his life to empowering people and making government work better for them. He worked to give citizens a louder voice in our society. He engaged our striving immigrants. He pushed for more transparency in our democracy. And he sought to expand opportunity for all. I’ve often said that today’s younger generation is smarter, more determined, and more capable of making a difference than I was as a young man. Jake was proof of that.”

Brewer had been serving as an adviser in the White House’s Office of Science Technology and Policy. Previously, he co-founded Define American, a charity that focuses on immigration, and he had worked at Change.org, U.S. Ignite and the Sunlight Foundation.

On Sunday, people took to Twitter to mourn Brewer’s death. 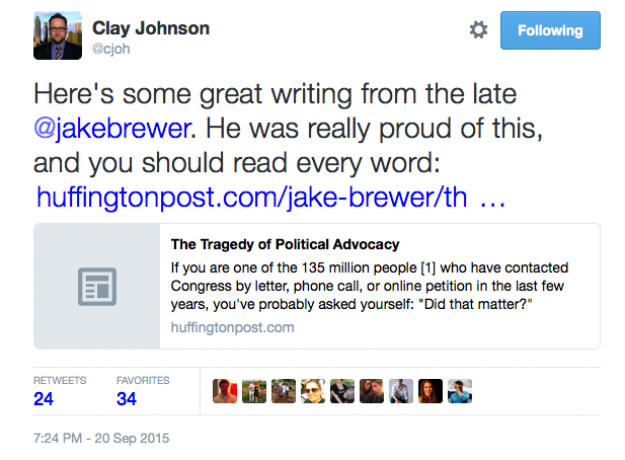 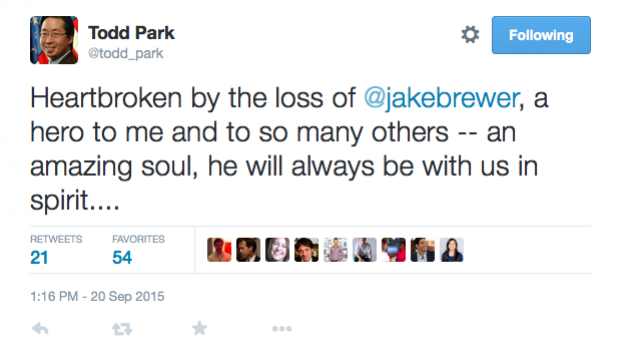 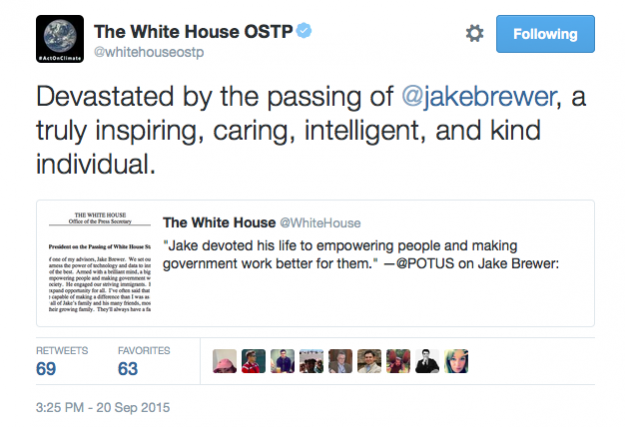 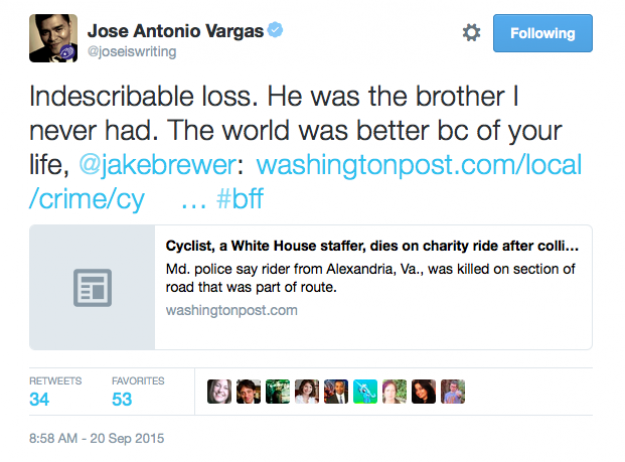 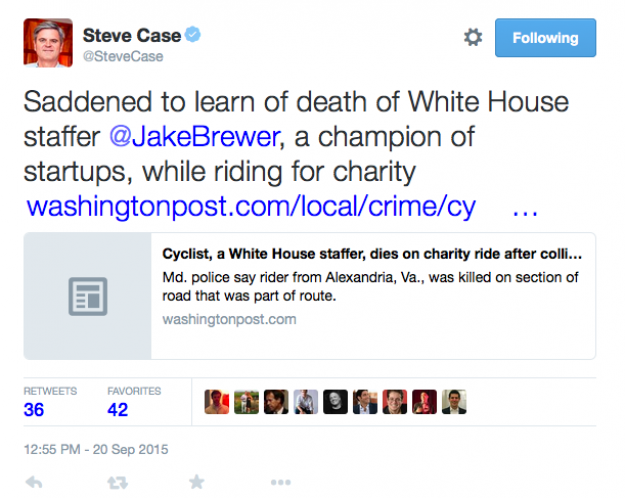 A memorial education fund in Brewer’s name has been set up on a GoFundMe page.