President Barack Obama and members of his administration’s tech team have voiced their support for a 14-year-old Dallas student who was arrested Monday after his school confused his rudimentary clock for a model of a bomb.

Ahmed Mohamed was arrested at his high school on the suspicion that the circuitry in his invention could actually be used in an explosive device. Over the next 48 hours, the story went viral over outrage that his arrest was triggered due to the fact that Mohamed is a Muslim.

On Wednesday, Obama and members of the White House’s Office of Science and Technology Policy commended Mohamed for his invention, inviting him to the White House to show it off. 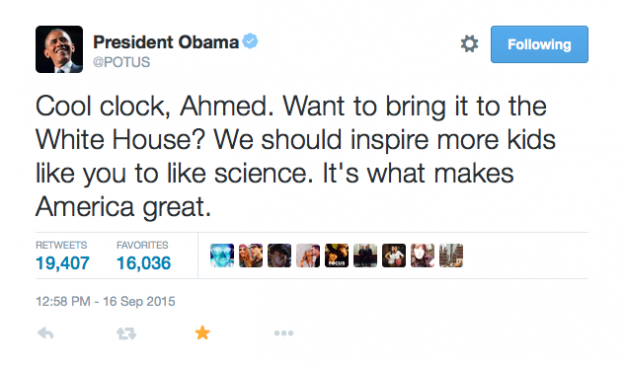 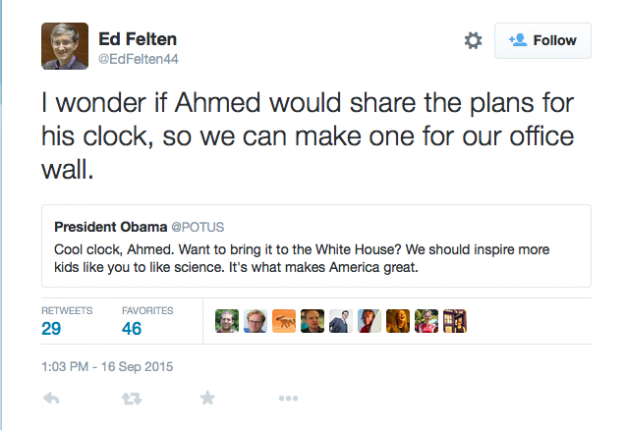 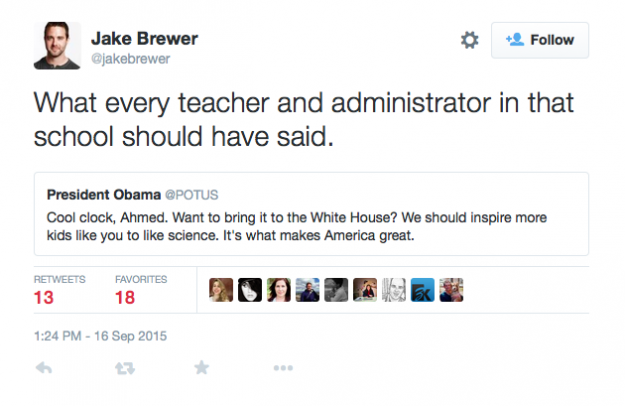 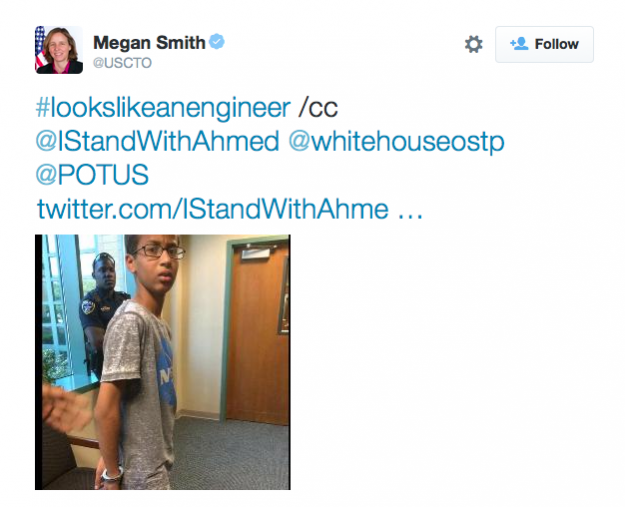 The White House has spent a lot of time this year pushing both the “maker movement” and getting persons of color involved in the tech scene.