News that Google was close to unveiling a science fiction-like quantum computer took many people by surprise this week, but the truth is the government has been working on quite a few of these new devices for years.

Quantum computers, if they are ever perfected, could be orders of magnitude faster than even the most advanced supercomputers in operation today. Yet, most people don’t know how these seemingly magical devices operate. 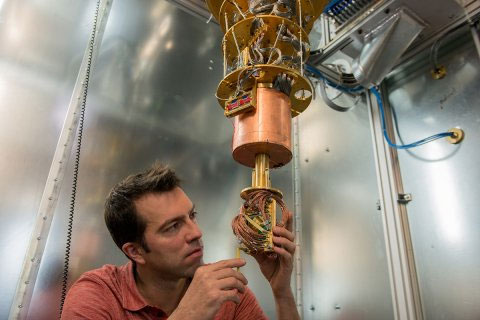 A scientist with D-Wave systems works on a quantum computer.

Recently I had the good fortune to have an in-depth conversation with Eric Ladizinsky, co-founder and chief scientist for D-Wave Systems, which has already built a quantum computer for NASA and is working on even more powerful versions, including the one Google hopes to deploy.

Ladizinsky explained that while traditional computers look at one variable to a problem at a time, substituting new ones until a solution is found, quantum computers instead look at every possible variable at once, eliminating the incorrect ones with only the single solution remaining.

He explained it in terms of someone trying to find a single red X printed inside the cover of a book sitting somewhere among the 35 million publications stored at the Library of Congress. In traditional computing, you have one person who has to open up every single book, check for the X and then move on to the next one. Improving traditional computing involves speeding up that lone searcher, but it’s still just one person going through all the books no matter how quickly they can run and perform their book-opening tasks. Instead with quantum computing, it’s like employing 35 million searchers who each go into the library and open up a book at the same time. Searchers that don’t find a red X disappear, leaving only one person and the correct book.

Although this seems like magic, it’s actually, according to Ladizinsky, just another way of understanding how the universe works. By contrast with a traditional computer in which there are circuits that are either on or off and uses binary code to solve problems, a quantum computer uses quantum bits, or qubits, the quantum equivalent of a traditional bit. Its circuits exist in all possible states at the same time — a one, a zero and whatever is in between — and this superposition vastly increases the potential processing power.

It works because physics at the quantum level, the smallest things that we know of, are fundamentally different from everything else we are used to experiencing. As such, quantum computers seem to break the laws of physics, though they are actually just following rules that we don’t fully understand, as explained in a video made by scientists at the National Science Foundation. 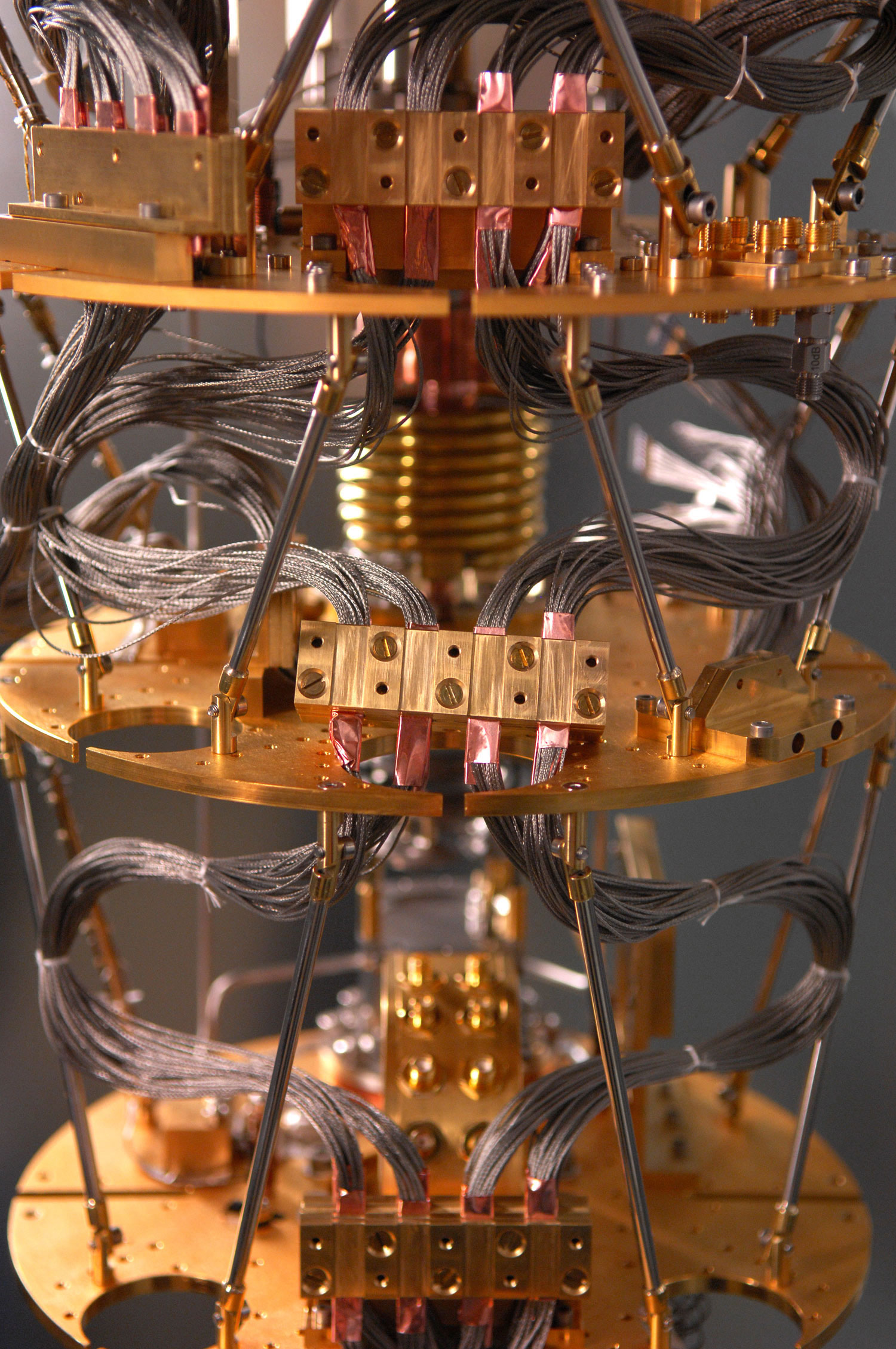 Jules Verne would have loved the way today’s quantum computers look as they seemingly blend science and magic.

Other companies have attempted to manipulate atoms to tap into the power of superposition. But much of D-Wave’s success comes from the fact that it is able to do the same thing with concrete components, meaning that its systems can be manufactured in more traditional ways.

Even so, deploying a quantum computer isn’t easy. To maintain their superposition state, components inside D-Wave’s quantum computers need to be kept as close to absolute zero as possible, so they are cooled down to negative 273 degrees Celsius. Even the photons found in light can upset the balance. Sound too can cause disruptions. Ladizinsky said the earliest quantum computers were simply so loud they disrupted their own calculations. Quantum computers these days are always encased in shielded, soundproof, black boxes that are as cold as outer space – a trait that has done nothing to dispel the mythos surrounding them.

Critics of quantum computing say that the technology is not yet perfect. Despite every measure to try and reduce variables, no quantum machine can yet get perfect results when given queries. Ladizinsky told me that eventually quantum computers would be able to achieve singular answers to questions, but he also presented the problem in a different way.

What if a quantum computer could be used to eliminate 95 percent of the wrong solutions to a problem? That would give traditional computers a much smaller data set to work with and check. With a reasonably good quantum computer coupled with a traditional system or even a supercomputer, scientists could get the best of both worlds. That may be what agencies like NASA and companies like Google are trying to achieve.

Quantum computers are not quite perfect yet, but we seem to be getting closer to perfecting them all the time. Once that actually happens, the rules of computing will be forever changed. The world itself will likely follow.