Power IT Down Day is less than a month away – and we’re still hoping to drive as many people as possible to sign up at PowerITDown.org to commit to turning off their IT equipment for the weekend of August 26th.

If saving energy in your home or office is not enough to entice you to join the cause, perhaps the donation made on behalf of Power IT Down Day to the Wounded Warrior Project will. I recently spoke to Wounded Warrior Project Executive Vice President of Development Jon Sullivan about the incredible work that the organization has done in the past nine years.

The Wounded Warrior Project began in 2003 when a group of friends saw a definite need to do something for the large generation of wounded veterans returning from Afghanistan to help them through experiences that they had once gone through themselves. One of the founders of the project knew all too well how difficult it could be in those first experiences returning from the battlefield – he had once spent weeks in military hospitals wearing just a paper gown, without any toiletries. When the first veterans started coming back from Afghanistan, they knew they had to do something.

They started by stuffing backpacks with comfort items and supplies that would make living in a hospital easier for these veterans recovering from injuries. Then, they begged their way into medical centers to hand out the backpacks and shake the hands of warriors and their family members, along with offering any help they could.

From those humble beginnings, the project has grown into a national organization that offers 15 programs to help wounded warriors make the successful transition back into civilian life.

Sullivan described how his organization has helped returning warriors to fill out their paperwork with the VA. “Imagine being a few hours removed from the battlefield and filling out paperwork that will affect your health treatment for the rest of your life,” said Sullivan. “We are there to help them make those important decisions.”

Wounded Warrior Project also offers adaptive sports programs for warriors and a “Warriors to Work” program that helps prepare these heroes for jobs and match them with available positions. Sullivan says they have already placed more than 120 warriors in jobs in 2011 alone.

How many injured veterans has the project been able to assist? Sullivan says the amount of people helped by their work is extremely hard to quantify because of the large amount of advocacy work they have done. Wounded Warrior Project was responsible for drafting, lobbying and pushing a bill through Congress that created the Service members’ Group Life Insurance Traumatic Injury Protection Program (TSGLI), which gives returning warriors up to $100,000 to help them and their families deal with their injuries upon return.

Sullivan told me the story of a warrior revealing in the hospital that his family would have been better off if he had died – in that case, they would have received a life insurance policy, but instead the family was suffering financial hardship traveling to be with their injured son.

It is hard to say how exactly many people have been helped thanks to the TSGLI being pushed by Wounded Warrior Project. But with more than 44,000 physical injuries and another 300,000 invisible wounds like PTSD and depression since the beginning of the global war on terrorism, the number of those who need help is growing daily. Even small donations to the project go a long way: a donation of only $100 can help build a transitional care package to supply a newly injured warrior immediate care and comfort items while overseas.

Sullivan has been with Wounded Warrior Project since 2009, and says his best memories have been interacting personally with warriors as they go back to school or take advantage of the physical health and wellness programs. 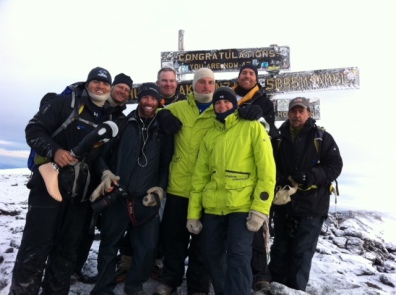 Sullivan was fortunate enough to climb Mt. Kilimanjaro in May with four wounded warriors who have been aided by the project. They included two leg amputees, one Marine who gave an eye in battle, and one who had suffered multiple injuries from an explosion. They were joined on their climb by former NFL players Teddy Bruschi and Chad Lewis, and former Tennessee Titans coach Jeff Fisher.

It was amazing seeing a warrior without any depth perception because of her lost eye, still able to climb. Witnessing the determination of leg amputees, day after day, climbing to the summit was incredible,” Sullivan said. “For them the difficult part is coming down – they had offered to take one of the guys down on a stretcher, but he said, ‘No way – I’ll complete what I’ve started.’ To me, that encompasses the warrior spirit, not just climbing in mountain, but in completing the everyday activities that take a lot of strength due to their injuries.”

This is the 3rd year that Power IT Down Day has made a donation to Wounded Warrior Project – Sullivan says it has been a great promotion and has helped to raise awareness of their mission, honoring and empowering wounded warriors. He also added that the spirit is the same for both organizations – a bunch of people taking small actions that makes a big impact.

“One person shutting off their computer may not seem significant, but when you combine that action with thousands of people shutting down their equipment, and when you get the sponsors together to make a donation on behalf of each person, that really makes a huge impact,” Sullivan said. “It’s a cool promotion and we’re honored that they are making a donation to help Wounded Warrior Project for the 3rd year in a row.” 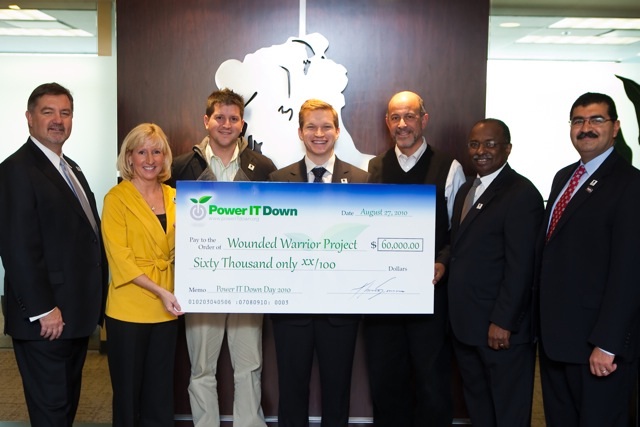 So – remember to sign up! You’re helping to save energy by shutting down for a weekend, but you are also helping a tremendous cause. (Check out Power IT Down for more information.)