An award-winning telework program that was once considered a model for the federal government lost some of its luster this year amid unflattering reports of time abuse among some users.

The Washington Post broke a story about investigators who found some teleworking examiners at the U.S. Patent and Trademark Office had been lying about their hours while top officials had failed to address the problem. However, in the final abbreviated report sent to Commerce Department’s Office of Inspector General, many of the damning revelations had been removed. 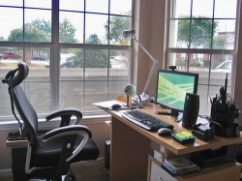 In a separate report, the OIG found that paralegals in one of USPTO’s subagencies had been surfing the Web and doing laundry while working from home. The report found that the paralegals had not been given enough work by their managers.

Agency officials were taken to task by congressional lawmakers in the wake of the reports. Since the reports, officials said the agency has revamped its efforts to combat telework fraud.

Earlier this month, USPTO’s Deputy Director Michelle Lee outlined for lawmakers what the agency has done in response: conducted additional training for patent managers on time abuse, established two cross-agency bureaus to prevent abuse and intervene early on and reached out to the National Academy of Public Administration to review the entire telework program.

“As I understand, when theses issues came to the attention of PTO management, they immediately took action to implement additional controls, policies, procedures and training,” Lee told lawmakers.

The National Academy of Public Administration’s two-pronged review is due out in May.

by Jackson Barnett • 3 hours ago
Tech