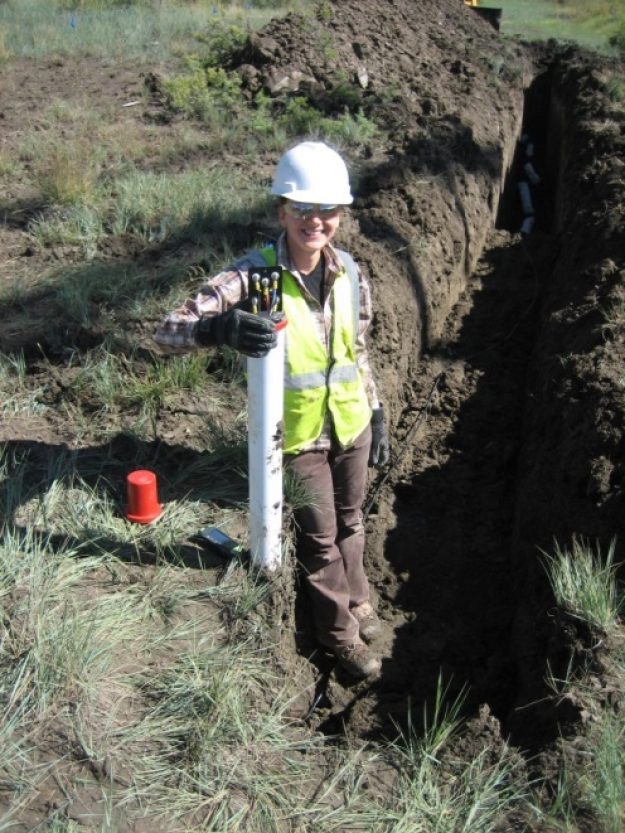 The materials engineer in the Bureau of Reclamation's Technical Service Center has to scramble up 20-foot ladders, climb into large pipes or man a boat into deep reservoirs to make sure the dam and water infrastructure she’s inspecting are up to snuff.

In this sometimes-treacherous work environment, it can be difficult for inspectors like Torrey to lug around global positioning devices, cameras, laptops and notebooks to help gather all that data.

So Torrey has been on the forefront of efforts to make her colleagues more mobile. In 2013, she won Reclamation’s Research Jam with a proposal for incorporating tablets into the bureau’s field and lab work. She later received a grant from the bureau’s research office to start researching what apps were available to inspectors.

“At Reclamation, we don’t have a lot of the experience in coding to actually write our own app, but ... there’s a lot of stuff that’s already out there,” she said.

Currently, she’s leading an initiative to test an Army Corps of Engineers app called MICA that would make it easier for her and her colleagues to work in the field. Working under her supervisor, Torrey was also involved in an effort to bring iPads to the lab she works in.

To prepare herself for her current position, Torrey earned a doctorate in materials engineering, and then completed several post-doc programs. After that, she worked at the National Institute of Standards and Technology in Boulder, Colorado.

Several other agencies, like the Food and Drug Administration, are looking for ways to make their own investigators more mobile. The best thing those agencies can do, she said, is reach out to other agencies.

“Keep talking to people about it, and try and get those channels of communication open because there’s a lot of things that are available that we might be able to … incorporate into our work,” she said.