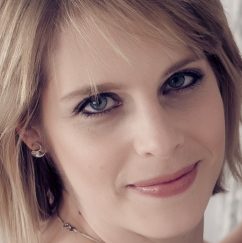 Christina Kovac’s office may seem more at home in a Hollywood studio than the basement of National Archives’ suburban Maryland facility.

Kovac and her team are caretakers of one of the largest movie collections in the country. Using high-resolution scanners and special editing software, Kovac works to preserve and restore films created by the U.S. government.

Some are military instruction videos, but others, like the 1945 documentary “The True Glory,” are acclaimed Academy Award winners.

“For me, it’s just really fascinating that this is the way the government chose to document our history from 1912 through the Reagan administration,” she said.

Her five-person team hand-fixes any tears or breaks into the film before feeding it into a scanner. Then, they bring the film into a non-linear editing system to adjust the film’s coloration or fix scratches scene by scene. The process can take hours: When she worked on “Nine from Little Rock,” a 20-minute film that won the Oscar for short documentary in 1965, it took her 80 hours.

“A lot of people think digitization — it’s great, it’s fast, it’s easy. But if you’re doing it for restoration purposes, it takes a really long time,” she said.

The team selects films to restore from the National Archives’ 360,000-reel trove based on how often it is requested and whether the film is facing an upcoming anniversary.

To prepare for her current position, Kovac earned a master’s in cinema studies after getting a bachelor’s in history. Then, she went to film preservation school at the George Eastman House.

“These are the records that were essentially purchased by the people and are for the people,” she said. “Our entire mission is to make everything accessible for people.”