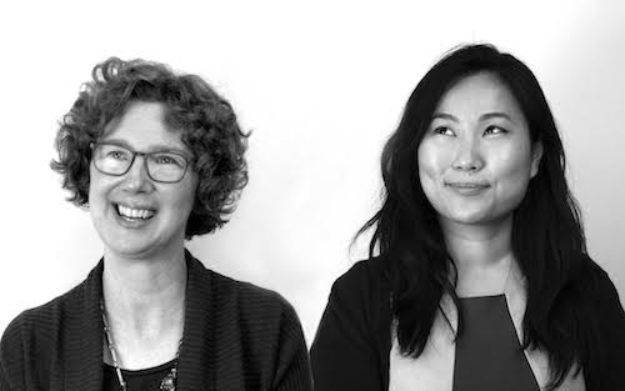 There are fewer than 10 employees in the Bureau of Educational and Cultural Affairs’ nearly 2-year-old venture called the Collaboratory, but they are all ushering the State Department into the 21st century.

Patricia Joo and Amy Storrow do this by designing and integrating virtual components into the State Department’s educational and cultural exchange programs.

“We’re a small shop, so we play and collaborate with other parts of the department and the private sector,” Joo said.

Joo, a native of Brazil, has worked on everything from creating virtual pre-departure orientations for Fulbright scholars to connecting American and international students through a MOOC camp (MOOC stands for massive open online courses).

“Coming to the Collaboratory was a really new and different experience for me,” said Joo, who previously worked for an IT consulting company, among many other jobs. “It was almost a little terrifying at first because it was the first time I was part of something from scratch, a true startup shop in government.”

Storrow oversees the work — and when she became the director of the fledgling office, she didn’t exactly know what “senior adviser for innovation” meant.

“I found that title pretty baffling and terrifying,” she said. “I said that sounds great, and what on earth can it mean?”

It turned out to mean creating more opportunities to engage people through technology and updated workflow practices — but making sure there is still face-to-face interaction.

“We call it people before platforms,” she said. “People are looking for the shiny new technology that is going to solve problems. We believe it’s people that solve problems.”

Storrow, a foreign service officer, leads a practice called “drop everything and read,” which encourages employees to spend about two hours each week to page through articles, academic texts and books.

By doing this, she said, “we’ve learned a lot about new educational technology and new developments, and then can act on new ideas.”

Joo proudly talked about recently wrapping up a virtual “comedy club” that stemmed from a popular performance at the John F. Kennedy Center for the Performing Arts last month. Stand-up comedians Josh Blue and Shannon DeVido, who aim to shatter stereotypes about people with disabilities, performed to bring attention to the 25th anniversary of the American Disabilities Act.

“We streamed the performance globally and encouraged our consulates and embassies to have viewing parties and engage on the issue of disability rights,” Joo said. “We thought, ‘How can we use humor as an opportunity to engage with people overseas?’”

Storrow said their work defies stereotypes about the government.

“I guess people think government is stodgy and behind the times, but I think that’s true of all industries and pockets,” she said. “It’s about making sure people have what they need to do their best work, and how do you create a culture where people can do that. We spend a lot of time on that, and I think that is something government is spending more time thinking about.”