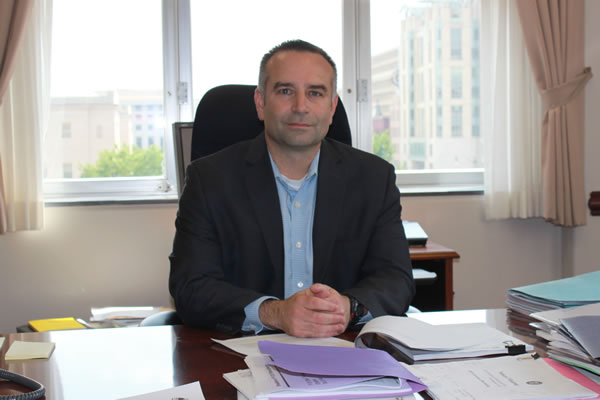 Occasionally, the Government Accountability Office’s reports “slap some wrists and beat up on nonperforming agencies ,” but the true reward comes from helping federal agencies create institutional change that can get the most from its allocated resources, said GAO’s Dave Powner in an interview with FedScoop.

Powner, one of three IT directors within GAO, said the agency is currently mapping out its reports for the coming year, negotiating with congressional leaders as to what subjects best merit the agency’s manpower in the coming year. The goal is to hit on the biggest and most costly programs that can provide the most savings for the federal government.

Key topics to be tackled this year, he said: The Office of Management and Budget’s Information Technology Dashboard, the federal data center consolidation initiative, PortfolioStat and TechStat and the allocation of operations and maintenance for information technology budgets.

Powner handles government-wide technology along with information systems at the Department of Homeland Security, the Internal Revenue Services and NOAA. Greg Wilshusen handles all information security work while Valerie Melvin tackles defense and health IT Issues.

The three head up a 160-person organization under their managing director, Joel Willemssen, within the 3,000-person GAO. Their primary responsibility is to point out the good, the bad and the ugly of federal technology while providing constructive criticism to help agencies dealing with the highest risk technology investments.

The reports themselves look to be done in six- to 9-month windows to stay relevant with changing technology trends. While a large part deal with finding ways for agencies to improve, there are also others that deal with best practices. For instance, earlier this year Powner’s office released 32 agile development best practices as well as a separate report on successful cloud projects.

Powner highlighted a number of coming projects in his interview with FedScoop: