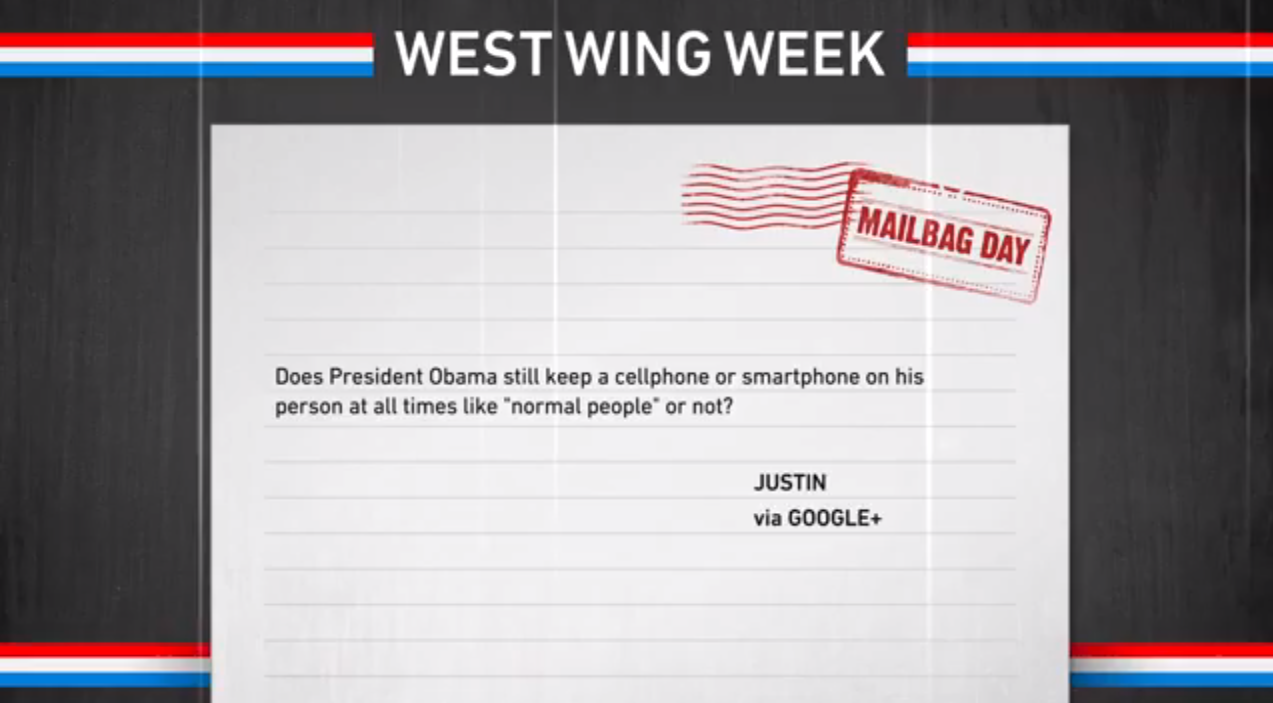 The mystery is solved: President Barack Obama does in fact carry his cell phone on him at all times, just like a “normal person.” That’s what one Google Plus user learned after posing that question during a social media Q-and-A with the commander in chief himself.

Jennifer Pahlka, deputy chief technology officer at the Office of Science and Technology Policy, talked about the president’s aptitude for mobile technology and the way he — like most Americans — uses his smartphone and tablet so he can have important data easily accessible. Most data, she noted, is government data, available because of the executive order Obama released in May.

A question from Twitter asked if Obama would be pushing members of Congress on immigration reform when they return from recess. Cecilia Munoz, director of the Domestic Policy Council at the White House, spoke on behalf of the president, insisting he “won’t rest until we get this done.”

When one Facebook user asked what the White House is like on a typical day, Chase Cushman, deputy director of scheduling, provided a glimpse into the day-to-day activities at 1600 Pennsylvania Avenue, with a short montage of video from daily presidential activities.

West Wing Week even heard from White House beekeeper, Charlie Brandts, who spoke about what the White House will do with the honey from the hives on the South Lawn (it’s used for cooking and gifts for guests). The series also featured a wrap-up of what the president was up to last week, which included signing a bill on student loan reform, holding a press conference and speaking at the Disabled American Veterans National Convention in Orlando.

In recent months, the White House has participated in a series of video campaigns. The “We the Geeks” Google Plus Hangouts have gained steam, drawing hundreds of comments on YouTube and featuring conversations with people in the science and technology community talking about popular issues. One Hangout heard from Bill Nye the Science Guy.

The White House also has a series of “Behind the Scenes” videos, where it gives a unique look into the work of the administration.