Anne Altman is retiring from her position with IBM, where she spent the majority of her three decades working with the federal government for the tech titan.

In a Wednesday release, the company announced that Altman, currently serving as the general manager for IBM’s federal business, will leave the company Jan. 31.

“During her tenure, [Altman] devoted her leadership and passion to drive IBM solutions that have enabled our U.S. federal agency customers in so many ways, helping transform them in the process,” the release read. “We wish her the best in her retirement.” 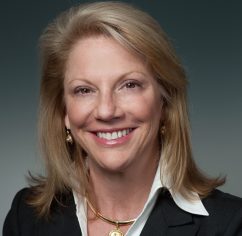 Replacing Altman will be Sam Gordy, who most recently served as senior vice president and group president of integrated systems at Reston, Virginia-based Leidos, Inc.

During her time at IBM, Altman led the the company’s server hardware business, helping integrate the company’s “System z” mainframe in the federal government. She has won numerous awards and was included on FedScoop’s most recent Top 50 Women in Tech.

Altman also serves as the vice chairwoman for the Northern Virginia Technology Council and is member of the executive committee at the Professional Services Council.

Gordy has nearly 30 years of experience in the intelligence community as both an active duty naval intelligence officer and as a contractor. Before Leidos was spun off from Science Applications International Corporation, he ran three of the SAIC’s highest growth markets: cyber command and control, intelligence systems, and logistics.