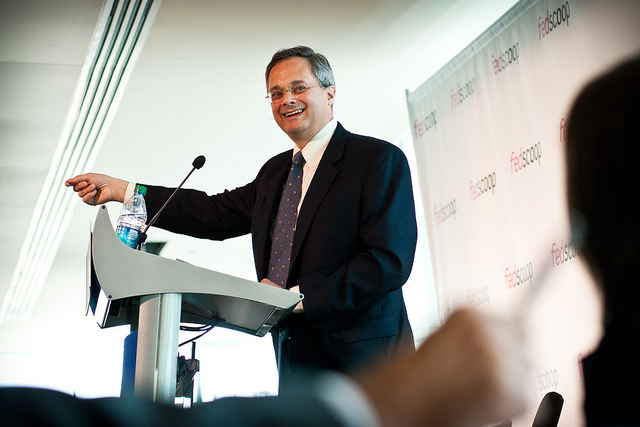 Frank Baitman, former chief information officer at the Social Security Administration, is taking the same post within the Department of Health and Human Services.

Baitman had been working as the entrepreneur-in-resident at the Food and Drug Administration before coming to HHS last month. He was the CIO at SSA for two years, but left following a major reorganization of the department’s upper management.

Frank Baitman, currently a White House Entrepreneur-In-Residence on assignment at the Food and Drug Administration (FDA), has held leadership positions in both the private and public sectors. Recently he served as Chief Information Officer for the Social Security Administration, which followed roles in corporate strategy, operations and technology in industry, including private equity.

In his role as Chief Information Officer for the Social Security Administration, Frank focused on innovation and citizen-centered services while increasing agency efficiency through technology modernization and business process improvements. He co-chaired the Federal CIO Council’s Accessibility Committee’s efforts to improve services to Americans with disabilities, advocating the benefits of universal design.

Frank has focused on innovation and invention, having worked as an independent strategy executive and consultant, with for-profit companies, nonprofits and universities. While at IBM Research he created a marketing group that shaped the division’s research and development agenda; later as director of corporate strategy for IBM, he oversaw the Global Market Trends study which identified emerging business opportunities, launching the life science solutions and pervasive computing businesses. Frank has advised government agencies on public policy matters, including nuclear nonproliferation, physical security, and arms control verification measures, and worked with the Department of Energy’s labs developing their technology transfer program.

Frank received his Master’s in Public Management at the University of Maryland at College Park; and his BA from the State University of New York at Albany.

by Dave Nyczepir • 60 mins ago
Tech