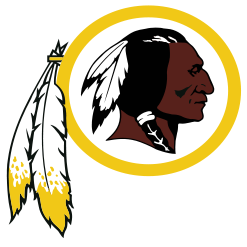 The NFL released its official 2013 schedule last week. Here is one totally unobjective Redskins fan’s prediction for each game.

A healthy Robert Griffin III gets to take it easy as Alfred Morris runs all over a poor Eagles’ defense. New Eagles coach Chip Kelly’s offense is fun to watch, but Michael Vick throws two picks and the Redskins cruise to victory.

Packers quarterback Aaron Rodgers is a scary man and the Redskins secondary is, umm, not good.

The Lions are pass happy as well, but Matthew Stafford is no Rodgers. The Redskins control the ball behind a strong game from Griffin, whose surgically repaired knee looks 100 percent.

If the Redskins lose to the Raiders, I’m changing my name to Steve and moving to Montana. Not going to happen.

Quarterback Tony Romo playing on Sunday Night Football before a national television audience. Can you say three interceptions and a Redskins walk? I can.

Not sure what to make of the Bears with new coach Mark Trestman coming in from Canada makes them an unknown. Still hard not to like the Redskins in this one as it usually takes new coaches some time to find their feet.

Broncos quarterback Peyton Manning is a scary man and the Redskins secondary is, umm, not good.

Another team in transition, so no idea what to expect. In fact, the only two players I can name on San Diego’s team are Phil Rivers and Ryan Matthews, so based on that in-depth analysis, I’m taking the Skins to win.

Adrian Peterson at home on the turf? Yikes. Simply put, if the Skins run defense contains him than they win, because Christian Ponder isn’t doing it by himself.

At this point in the season, Vick is likely hurt or benched and the Eagles will be playing some dude no one has heard of. Redskins in a walk.

Sorry, but the 49ers should win the Super Bowl. That team looks fantastic, and Colin Kaepernick is a tremendous quarterback who may become RGIII’s biggest rival the next decade as they battle for who is the best in the NFC – the next generation’s Manning and Brady, if you will. San Fran’s defense is too good, though.

You read that right: It’s not until Week 13 the Redskins and Giants meet for the first time. I think the two teams split this year, so I’m giving each a victory at home.

I went to college in Philadelphia, so saw many an Andy Reid-coached Eagles teams destroy the competition. I have a ton of respect for him as a coach, but the Chiefs still need a quarterback. Redskins take this one easy.

Falcons wide receivers Julio Jones and Roddy White are scary men and the Redskins secondary is, umm, not good.

The Cowboys come into FedEx fighting for a playoff spot again with the Redskins. In a slug fest, I’ll take the Redskins to pull out a nail-biter.

Closing with Atlanta, Dallas and the Giants looks ugly, so the Redskins need to pile up victories early in the season before we hit this point. As I said before, I think the Redskins and Giants split for no other reason than they’re evenly matched and will battle for the division.

Final record: 10-6 and a wild card as the Giants take the division with an 11-5 record. The Redskins win a playoff game and get bounced in the divisional round.

What’s your prediction? Send your thoughts to david.stegon@fedscoop.com.

by Dave Nyczepir • 13 hours ago
Modernization