The Recovery Accountability and Transparency Board doesn’t receive a lot of security threats, but when it does, the job of figuring out what to do falls to a small team of security analysts, including 27-year-old Samantha Hoang. 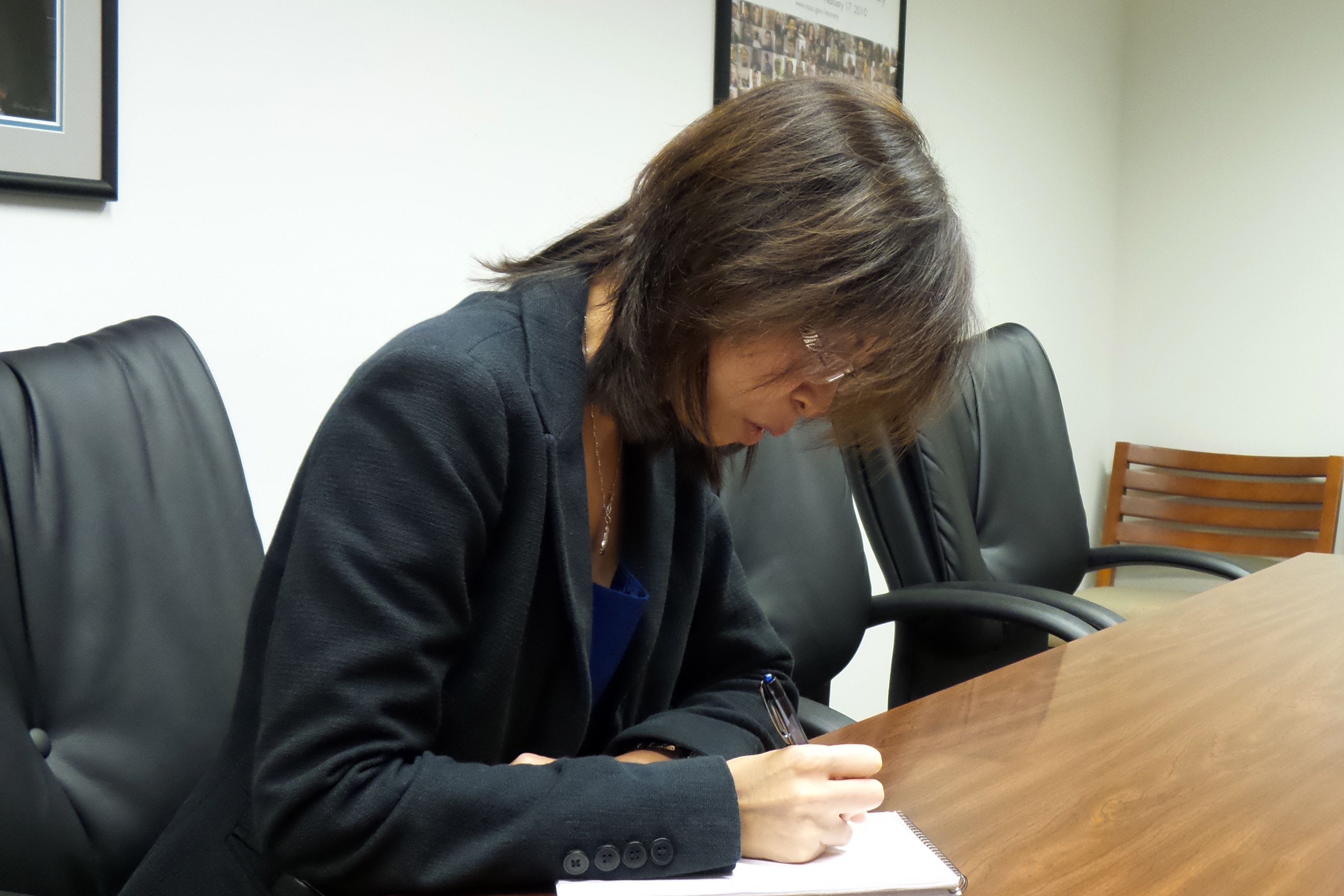 Hoang joined government after an internship in the private sector right out of college. After spending some time at the U.S. Patent and Trademark Office as a computer architecture software patent examiner, Hoang put her resume online.

Soon after, she got a call from Jon Farrow, an information system security officer at RATB, and found herself analyzing the agency’s network for security vulnerabilities and helping to address any cyber risks that popped up.

RATB was established in February 2009, and it was initially supposed to expire in 2013. However, Congress extended the life of the agency until Sept. 30, 2015.

The primary goal of RATB is to monitor the use of government funds appropriated in times of disaster, such as hurricanes.

“The board is involved in that initiative of taking care of and watching the money to see where it goes,” Hoang said.

The 12-member board oversees the implementation of funds put in place by the American Recovery and Reinvestment Act of 2009 and is a nonpartisan and nonpolitical entity.

At RATB, Hoang regularly looks for vulnerabilities in its information security systems and makes sure that patches are up-to-date.

“[I look to] find out if there is vulnerability in the system or any misconfigurations,” Hoang said. “Basically, scanning and doing a report to the chief information security officer (CISO) or chief information officer (CIO) and looking at logs. We have a lot of security tools, so I’m also responsible for those too.”

In her more than two year tenure at RATB, the agency hasn’t faced any large security breaches, but Hoang has had to deal with a few incidents.

“We’ve only had a couple of incidents that sometimes the user didn’t go to the best site and had a virus,” Hoang said. “Sometimes security tools break down our email stops working and I have to be on the phone with the team and help them out with resolving issues and stuff like that.”

Hoang’s job as an analyst means she often works in a solo capacity, but she does collaborate with the networking and operations teams frequently, she said. Hoang also spends time walking coworkers through how they can access work files at home through a virtual private network.

“I enjoy working with the teams a lot,” Hoang said. “I think I’m a team player. You usually see people that hate security people, but I think I’m doing fine with the other teams.”

Hoang acknowledged that as a person relatively new to government, she still has a lot to learn, but she thinks that new-to-government minds can bring new perspectives.

“I believe [people new to government] bring another aspect,” Hoang said. “[We bring] different thinking and a different mindset because the technology changes as we move on, we have another mindset to look at things differently instead of going through things like we used to do.”

That said, Hoang encouraged people in senior positions of leadership to share their wealth of knowledge and teach the younger generation of federal employees.

“The senior people here also have a great amount of experience,” Hoang said. “I would like them to teach the younger generation so that they have that kind of experience, so that they’re thinking in their purview to make a good difference.”

Hoang doesn’t have a defined mentor, but she is inspired by her supervisor, RATB Chief Information Security Officer Veda Woods.

“She’s helped me out a lot in a good way,” Hoang said. “I’m new to the government and she’s helped me out with a lot of stuff in management and how to interact with senior management. [Woods] got me through my career path as well. I’m glad I work under her and got a chance to know and get trained by her.”

Woods told FedScoop that Hoang has had a direct and positive impact on the agency by protecting the agency’s sensitive data.

“Samantha has proven to be the epitome of a true team player,” Woods said. “It is not uncommon for operations to seek her assistance in regards to her expertise in security vulnerability, compliance and threat management. She frequently goes above and beyond her core responsibilities by tackling new projects, delivering detailed reports of high quality and clarity and consistently makes herself available to assist whenever is needed.”